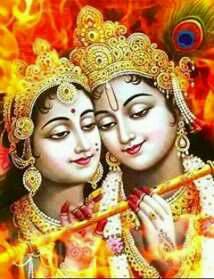 The spiritual master descends from the spiritual world. Hence there is no difference between his appearance and disappearance. Devotees will observe a fast till noon on this day. Harinam sankirtan will be organized on this occasion in the Open Air Theatre from 10 am to 6 pm, followed by abhisheka to the utsava Deity of Srila Prabhupada, pravachana and arati.