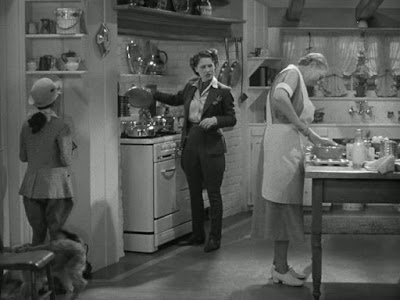 24hr NAM KIRTAN mngr with ISKCON Vrndavana will be glorifying Vaisnavis as Srila Prabhupada's significant "secret weapons"... during SB Class this morning in such a sincere manner.

Actually, just yesterday in the new Devotee Care office near the BGIS School, there was a fantastic, brilliant, incredible satsang of 25 empowered and notable senior Vaisnavis. I felt so honored to be sitting amongst many of Srila Prabhupada’s sincere, intelligent, committed and humble Vaisnavis of ISKCON who have given their lives to Srila Prabhupada to push on his Mission, many of us for 40 years or more.

Grandmothers, mothers, daughters and grand-daughters convened to discuss, with all due respect...the personal disturbances and the global tumult in Prabhupada’s Society of Vaisnavis.... caused by the controversial information compiled in the newly published Bhakti Vikas Swami book entitled: Women, Masters or Mothers.

Unanimous agreement that IOHO, the mood of the book and the contents are not in line with how Srila Prabhupada raised us to be preachers.....There are references in the book that "weaving baskets" or making chapattis and babies is more suited for a Vaisnavi! BVK Swami said in one lecture, "A chaste woman would appreciate a burka."

The front book cover shows a Vaisnavi depicted in full-on military fatigues and even toting a MACHINE GUN with an aggressive face!!!... standing next to a Vaisnavi in saree who is holding a baby...what??? There are devotees selling this book outside our gate near ISKCON Vrndavana during the Kartik Festival. Imagine showing such a cover of a book to Prabhupada who loves all of his Vaisnavis...AS THEY ARE:)

Prabhupada tells us to chant our 16 rounds, follow the regs, and just add KRSNA so that our natural devotional service will manifest. He appreciated so much his American, European and Western devi dasis and their bold spirit to push on his Mission.

The young male devotee outside the front gate selling these books certainly got an earful from all of us individually, as well as collectively...smile emoticon...He told us that women in ISKCON don't know how to behave and that's why this book had to be printed!!! (I think he was in diapers when Ragatmika and I started the Anchorage, Alaska preaching center and distributed Prabhupada's Books in the Anchorage Airport for ten hrs a day:)


....And the book tells us all about our menustration periods??? From a sannyasi? We were all like with eyes rolling and shock flowing….like are you kidding? We have been inspired by Prabhupada to push on his global Mission….and he encouraged us to be preachers. And how come no one was telling us to weave baskets when our quotas were 500-1000 dollars a day....

60% of ISKCON Society’s devotee husbands have abandoned their wives and small children under 15 (many times whimsically for other women) and there are subtle indications in this book where such incidents are the woman’s fault?? OMK!!! I would have loved to weave baskets and hang out in the kitchen, but when my devotee husband left us for another woman, I was too busy working 2 jobs to pay the bills and support my children.

At least they could have made the military outfit on the cover a bit more stylish and colorful :)…maybe pink, green or lavender with a nice sunhat, matching purse and shoes:) And where were the bead bags shown? Most Vaisnavis never go anywhere without bead bag.

Women: Masters or Mothers?….. Damn straight we had to somewhat master being a mother, grandmother, plumber, electrician, mechanic, pay the numerous bills, driver, gardener, help with the homework late at night, attend PTA meetings, shop for meals and make the lunches for school, cook, all around counselor, emergency doctor, on call 24 n 7…chant our sixteen, somehow or other and do some puja.and STILL after our children have grown up, we STILL are giving our daily efforts to serve Prabhupada and His Mission...

Yes, we had to somewhat master our senses to tolerate and serve our children unconditionally with love and dedication and STILL, Vaisnavis are so determined to serve Prabhupada’s Mission in one way or other. What about telling us more about Prabhupada, Krsna, and devotional service, not subject to gender. What about following in the footsteps of how Prabhupada preached to Vaisnavas and Vaisnavis....as spiritually equal. And if we are truly your mothers or "matajis," then natural respect would follow as mothers are 1 of the 7 natural gurus.
…

There is a seminar planned to propagate this book in Vrndavana during Kartik. We have put forth a request that this book be carefully reviewed by the GBC. Hare Krsna and may we always take shelter of Srila Prabhupada, no matter what....

[PADA: There has been a "misogyny" (anti-woman) problem going on in contemporary ISKCON under the current leaders and managers, never mind there has been an "anti-children" problem also going on, with many abuses of women and children being reported under BVKS "gurus and managers." First of all, women and children are supposed to be protected, and that does not seem to be happening as it should. Now some folks in ISKCON want to make women into gurus, that is for sure not protecting them, just look at what happened to most of the men who took the post of guru and they suffered tragic results, and they still are suffering tragic results more and more.

Another problem is -- a number of women have been finding themselves with a "devotee husband" who simply could not maintain them materially, or he was chasing other women, or worse, he was abusing these women. The husband was often worshiping an illicit sex -- if not sexual predator guru -- in the BVKS program, so he was worshiping sexual exploiters and thus -- the husband took on the same qualities, i.e. we become what we worship.

So, before we tell women en masse that they have to surrender to the Bhakti Vikas swami "male managed" program, that program has to offer these women solid men who will make it possible for them to be protected as "at home mothers." That is a tall order in any event since many women have to get a job and work around the San Francisco area, because merely the rent alone on a one bedroom apartment in the city is about $4,000. Thus, the man and woman are expected to both be working. Where are these women going to live under the Bhakti Vikas scheme for them to be "at home mothers"?

The BVKS GBC first of all sold the three houses we had at Berkeley temple, which were the main living quarters for the householders, and rents in Berkeley are almost as bad as San Francisco. So, where are all of the BVKS "at home moms (and their children)" going to live? He never tells us? Rather he says we have to worship the people who shut down and sold these houses, and the Berkeley farm, where ISKCON women and children were supposed to live? We have to worship the people who tossed the ISKCON women and children out on the street with nothing, and sold their residences?

Srila Prabhupada wanted us to have varnasrama farms where married couples could live without participating in the mundane rat race society, and they and their children would be housed there, but that process has not happened hardly at all. So Bhakti Vikas is painting an unrealistic picture of how women are going to be able to live sensibly in modern culture. He and his GBC have also been back-pedalling the varnasrama projects meant to provide housing for the "in home mothers" idea. So we are left with some unrealistic sentimentalism that has no practical application for modern women.

Then again, Bhakti Vikas swami has no problem supporting his guru lineage -- which contains illicit sex, and thus created a huge exodus which drove out thousands and thousands of women and children from ISKCON, and which simultaneously closed, sold and / or shut down their living facilities. Then again, how many women in the world want to worship a BVKS guru lineage which contains sexual predators, womanizers, abusers, drug addicts, molesters, deviants and criminals? Why does BVKS think women are all going to flock to his worship of illicit sex program, does he think women are fools, and they all want to worship deviants as their messiahs like BVKS is promoting just about all of his adult life?

Nope, even the most foolish and ignorant farmer's daughter in the USA wants to worship someone like Jesus, and not the BVKS worship of illicit sex messiahs program, because the average woman in America has some solid idea that the guru must NOT be a sexual predator false messiah, she has much more spiritual brains than BVKS program.

Worse, the BVKS idea that women have to worship illicit messiahs is TURNING OFF millions and millions of WOMEN and sending them away from ISKCON in droves, by the bucket loads, every single day. So his program is trying to force women to worship deviants, and they are not buying it AT ALL, because they have more spiritual intelligence than the BVKS group has. Women know instinctively that the BVKS worship of illicit sex  project is TOTALLY bogus, and worse, it produces an atmosphere where women and children are being exploited, as happens left, right and center in the BVKS program.

The BVKS program also says we have to offer our bhogha to his illicit sex messiahs in order to make it prasadam. Meanwhile, our Prabhupadanuga's women do know what is prasadam. Our women have a million times more spiritual idea than BVKS program, because they know for starters that we cannot offer bhogha to persons engaged in illicit sex, that is not the process!

Anyway, more and more women are standing up to these folks and that is a good sign. First of all, BVKS needs to make a program that women can be protected in, then he can put out a sign offering them a space in that program. Right now most ISKCON women are not being protected and they are struggling along to survive in many cases.

We personally know a number of ISKCON women who are barely making it materially, and they have all sorts of problems because they cannot participate in the BVKS worship of illicit sex project because for starters, as soon as they announce they are not going to worship BVKS illicit sex messiahs, they are booted out the door of the BVKS program and forced to struggle with no ISKCON society to protect them.

These issues need to be addressed first ... ys pd]