The Phantom Guru Program is Failing 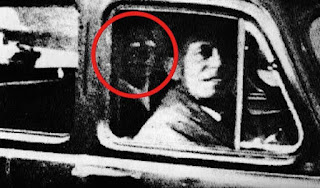 "So we got this information from His Divine Grace Bhaktisiddhanta Sarasvati Thakura, and that knowledge is still going on. You are receiving through his servant. And in future the same knowledge will go to your students. This is called parampara system.

We can safely conclude that only a completely bewildered person cannot understand such clear instruction. There are SO MANY instructions from Srila Prabhupada, like this, that annihilate the Ritvik-dogma and mal-practice of 'initiating' devotees to Srila Prabhupada though he left his mortal frame in 1977. They then claim themselves as direct disciples of Srila Prabhupada. Thus confusing the whole above mentioned divine concept, parampara.

Torben says there is a clear instruction for a student and / or students to become gurus. OK that would make at least one, or maybe dozens of gurus.
Yet Torben cannot / will not even name one student who has became his guru? Srila Prabhupada says a person who does not name his guru is a mayavada, so that makes all of these people mayavada.

OK! They do not know the name of even one student / or students who has become a guru already? Meanwhile, at least the ritviks know who their guru is? So the ritviks are allegedly confused, because they know who their guru is, but Torben's folks have the real understanding, which is -- they cannot even identify their guru? Torben's saying that we have to worship no one is what is causing the confusion here? Worse, Torben's plan does not even allow offering bhogha, because there is no one to offer the bhogha to. So he is not even in favor of anyone eating prasadam, which is almost like a basis point of devotee life.

Torben wants others to worship his phantom non-existing student guru or gurus, but he does not know if there are any? He keeps saying we need to follow the parampara, and worship some student who is now guru, but he never mentions the name of even one student who is now a guru? How can people make spiritual advancement worshiping -- no one and nothing? This is clearly mayavada. The way to please Krishna is to worship, no one and nothing?

So this is great news, the ritviks have defeated these people totally. Previously they all advertised their living guru's name, temple, programs etc. Now they cannot name anyone, at any time, or anything, anywhere. Zip city. Nada. Nothing. No one. Zero. They have been defeated. ys pd 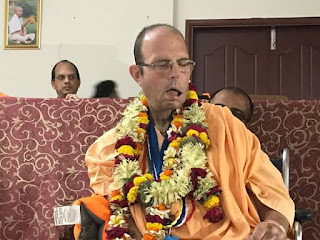 At the same time, neophytes are told:
not to become diksha gurus and accept sins.
They will be overwhelmed.

Madhudviṣa: ...cannot become a medical practitioner by simply reading the books. He must study under a medical practitioner. So in the case of your books, is it possible to become a devotee without actually having personal association with you? Just by reading your books?
Prabhupāda: No, it is not that you have to associate with the author. But one who knows, if you cannot understand you have to take lesson from him. Not necessarily that you have to contact with the author always.
Devotee: Just like the textbooks are not written by the teachers; they're written by other professors.
Devotee: Usually you don't even meet the author.
Prabhupāda: Simply one who knows the subject matter, he can explain.
Madhudviṣa: But can your, would your purports, would that serve as explanation besides...
Prabhupāda: No, no, anyone who knows the subject matter, he will be able to explain. Not necessarily the author is required to be present there. [break] ...to study from a medical man, I never said you have to study from the author. Or one who understood the author's purpose. Just like we are explaining Bhagavad-gītā as it is. Not that one has to learn directly from Kṛṣṇa. One who has understood Kṛṣṇa, from him. That is paramparā system.