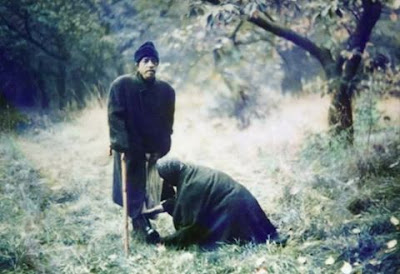 [PADA: Yep, this is quite nice. There are many groups that have sprouted up since 1977, and it seems very chaotic, therefore a person should simply take direct shelter of the pure devotee and his vani. Agreed! We even have problems with people who are claiming to be Prabhupadanugas, but who are opposed to what we are doing, because they have not yet fully un-tethered themselves from sympathy with the false gurus, and would rather have the bad guys take over than have Srila Prabhupada become the acharya.

The good news is, these opponents are falling away in potency and their influence is dwindling along with the hokey messiahs they sympathize with. Rather, writings such as this are on the upswing. And did we forget to mention, our blogs and sites are getting more readers and interest all over the place? ys pd]

Any sincerely devoted disciple of His Divine Grace A.C. Bhaktivedanta Swami Prabhupada today must have at least once wondered:”What would Srila Prabhupada say today about his movement, his disciples, about with whom we should associate, about whose association we should avoid etc… ”

Despite Srila Prabhupada’s evidential information from the scriptures and despite his showing us by personal example what to do, the answers to those questions in devotional circles remain unclear and are even sometimes the cause of major disagreements.

We are therefore very pleased to announce a release of a new e-book compilation of the name Punar Musiko Bhava, soon available for download free of charge on our Montreal website www.harekrishnamontreal.com. Here in this compilation from the teachings of His Divine Grace Srila Prabhupada, the compiler of the edition His Grace Sriman Purujit Prabhu, brings a complete view on the topic of guru-aparada.

Many devotees in the recent years have written papers and books on similar topics. What makes this presentation unique is that all the ideas are lucidly brought directly from the lotus mouth of our beloved spiritual master His Divine Grace A.C. Bhaktivedanta Swami Prabhupada himself.

Devotees all around the planet are facing now so many issues and sub issues. For example: harassment from the public, fall downs, lack of enthusiasm, lack of manpower, lack of funds, lack of cooperation between the different camps etc. Even a new person who is aspiring to learn about the science of Krishna Consciousness in theory and practice under the guidance of Srila Prabhupada will have to ultimately face all those innumerable difficulties. As it is apparent from the statements of Srila Prabhupada in Punar Musiko Bhava, all these problems are sprouting from the core and that is when a pure devotee is offended, everything becomes topsy-turvy.

According to the Nectar of Devotion, there are many offenses we should avoid while chanting. However, the most serious offenses are the offense to the spiritual master and his sincere followers, disobeying the orders of the spiritual master and committing sinful activities on the strength of chanting. If devotees keep on consciously or unconsciously committing especially these three offenses, they will not be able to ultimately chant at all and the stringent laws of maya will cut them down in every step of their so-called preaching or propagation of Krishna Consciousness. Why? Because bhakti-yoga which is preformed whimsically is nothing but disturbance to society, what to speak of spiritual society? “Devotional service performed without reference to the Vedas, Puranas, Pancaratras, etc., must be considered sentimentalism, and it causes nothing but disturbance to society.” Adi 7.102

We cannot learn the scriptures without approaching a bona fide spiritual master. Even Lord Krishna Himself declares in the Bhagavad-Gita:

Just try to learn the truth by approaching a spiritual master. Inquire from him submissively and render service unto him. The self-realized soul can impart knowledge unto you because he has seen the truth.

How we approach the spiritual master is stated in the same sloka: by service. And unless the service is performed with the right service attitude, our so-called surrender will not be accepted.

We should all take precaution not to commit the same mistakes and offenses to Srila Prabhupada’s lotus feet over and over again and thereby continuing chanting the holy name offensively. There is no better help we can get but from Srila Prabhupada himself in this regard and this wonderful compilation puts everything in context, so why not take advantage of this and save ourselves from another fall down?