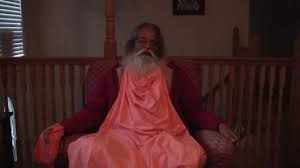 PADA: OK thanks for the info Krishna Kirtan: Krishna Balaram swami (around 1986?) told the GBC he would only become part of the Vrndavana gurukula program if they shut it down for five years to train the teachers first, because the program was in a shambles, and it was not good for the children. And furthermore, Krishna Balarama swami knew there were "all kinds of crazy things going on there." OK so that means KB Swami knew children were not being treated properly there, and the whole Vrndavana school needed to be shut down for the sake of the children.

It seems to us then -- that the first problem with KB swami is -- he was addressing the gurukula problems (such as the abuse issue?) but only to the bogus GBC's gurus themselves -- and not to the police, or the parents of these kids, where he could have done something to help the children and clean this mess up. Reporting crimes to the same criminals who are creating the crimes -- helps nothing?

As an India citizen, KB swami could also have filed an FIR criminal complaint about these gurukula problems to the authorities. It seems evident that he knew of many of these problems, because he was a Brjabasi who knew the scene there better than any of us, and yet he did nothing of substance to fix these problems?

At that time, Jaggadish (Hickey) was one of the people in charge of the gurukula program, and now KB swami is saying that Jaggadish's program is bad, but why was KB Swami not saying that in 1986 -- when he could have helped us save the children, because we were protesting the gurukuli problem in 1986? Why has he waited so long to raise the alarm, at a point when its too late to help most victims?

Krishna Kirtan: Krsna Balaram Swami was not a GBC in ISKCON, he was a simple devotee who did not want any power like everyone else. He tried his best to rectify the institution of his Spiritual Master and he was attacked for it, and then left ISKCON, like thousands of others. He even tried to close down the Gurukulas as well and train good teachers. He was also a foreigner living in the USA.

After it became unbearable, he walked into the GBC meeting room in 1989 and said that he was leaving, and that Srila Prabhupada was coming with him. Bhagavat Dharma Samaj today carries the spirit of the original ISKCON.

PADA: KB Swami could have made a big cardboard sign and made a public protest himself against the bogus gurukula, in fact hundreds of people make such protests every day in India. He also could have tried to alert the parents etc. He had a duty to save those children and he apparently did nothing, he let the children suffer in the frying pan. Yep! He could have notified the parents, notified the authorities, the media etc, but he did nothing that we ever heard of.

So that means KB Swami left the problem for others to sort out, like me, Sulochana, the police, the courts etc. If you abandon your own society's kids, that simply means, someone else will have to pick them up and take responsibility for them, hopefully someone good will take them up, maybe the police, maybe the courts, etc. KB Swami simply abandoned taking responsibility, and now his program is complaining that someone else had to take care of the kids he abandoned?

KB Swami knew these children were suffering and he did not help them, and his silence and acquiescing helped the Jaggadish / Hickey program. Why are you guys always helping the Jaggadisha program?

Krishna Kirtan So were other thousands of well meaning devotees who did not go to the police, they are all going to hell right? What were the police going to do? So much for your reporting to the "authorities" who did nothing.

PADA: So thousands of devotees -- like Krishna Balarama swami -- covered up the gurukula mess, which aided and abetted this mess, and now -- you worship him as your guru? Your folks caused the gurukula problems by their silence, and you worship a principle leader of the silent acquiescing program, KB Swami? Why does Krishna Kirtan worship the exact people who covered up gurukula problems as his gurus?

Anyway, I have to thank Krishna Kirtan for admitting, he worships the people who he claims -- covered up the Vrndavana gurukula mess. That's something people needed to know about him, but more importantly, about KB Swami. I am much more interested in exposing him than KK. You yourself said KB Swami knew about many of the gurukula problems, he said the place has to be shut down to save the kids, but he did not act, that means he aided and abetted the problems.

As for the lawsuit itself: The suicides dropped to almost nil; Younger girls who were about to be married to much older men were yanked out of that process (and some of them thanked me for helping get them out of there); And hundreds of other kids were pulled out of schools all over the place after the parents were alerted to the crisis.

Now I know that you and KB Swami do not think these people are important, and you type of folks were apparently too busy cheer leading the suicides program, as many ex-kulis told me, you folks are too busy counting your ill gotten shekels, and polishing your ill gotten buildings to be worried about people, but some of us -- do have concern for people. Anyway, KB Swami allowed the whole Jaggadish empire to continue without substantial protesting, that means KB Swami de facto co-created the abuse, the lawsuit, the bad publicity, the whole Jaggadish empire, and all of the above, by his silent acquiescing with this program.

KB Swami was not a GBC, ok fine, neither were we, so why did he hand this problem off to us, we had less capacity than he did, because he was at least a sannyasa in the institution, he had a lot more position and responsibility in correcting problems than we ever did. If we did not handle the problem well, that means he was foolish to hand it off to us and not correct this himself.

He is also a Brijabasi, at least according to his own self-advertising, why did he allow this "children going into the wood chipper" program to continue in his own back yard without vigorously protesting? Is this how he treats the children residents of the holy dham, he hands them off to a program he knows is not good? Where is his basic respect for the holy dham if he allows these abuses to go on in the dham? We have more respect for the dham than he ever will have, we do not want abuses to happen to ANY of these devotee children who reside there.