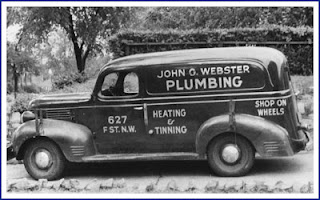 My humble obeisances. This infighting over politics is becoming disturbing, esp when friends are being lost and offenses made. Have we forgotten that all events on Earth are controlled by God? Krishna has his devas, demigods, who are the agents in charge of all these events. We are not the controllers. Just see the example of proof here in the May 2016 Astrological readings of our illustrious Godbrother Patita Pavana Prabhu!


In May of 2016 he clearly predicted Trump to be the next president. In September of 2014, he predicted that America's sade sati (7 years of Saturn hardships) would begin when Saturn enters Sagittarius. That will be on Jan. 26, 2017. What are we thinking? That we can control Krishna's creation?

Please, let us become sane and Krishna conscious, and prepare for the difficult times ahead. We have been forewarned by our Srila Prabhupada. We should not act out in ignorance like the angry mobs. Please please read these two newsletters, to understand this is not in our control. The only thing we can really do is loudly chant the Holy Names to purify the Earth atmosphere and lessen the suffering for everyone. Your servant, Govindadasi

[PADA: OK that is pretty much what devotees like Govinda Dasi kept telling me over the years when I said that the GBC's gurus are bogus and crimes are going on etc. "Well prabhu, don't you know that Krishna is in control, just relax, He will fix it"! Hee hee! I do know who is in control, and thus when my toilet starts leaking, I'll try to fix it myself, or I'll call a plumber to fix it. I do not call Krishna to fix it?

Is Krishna my personal plumber? Well not actually, nope.

We have to take our own initiative to fix our own toilets, and our own religion, all by ourselves, or else it will deteriorate, just like our house will deteriorate if we let our toilet leak indefinitely. Krishna is not going to come to our house to fix our toilet, and He is also not going to come to our temple to stop sexual predators from sitting in big Vyasa seats being worshiped as the successors to Vyasa and KRISHNA. Nope! Krishna wants us to serve Him, and fix these things ourselves. Or at least address these things ourselves.

Yep! Krishna is leaving these "fixing things up" programs up to us, His alleged servants. If we servants do not clean His house here on this planet, we failed the test. Thus we are then not eligible to go to His planet, because we still think He is our servant, and He is our plumber and janitor etc, that's all. Wake up folks! Krishna is just not going to come to your house with a giant plunger dressed as a roto rooter man, and start plunging out your toilet. And its amazing how many people do not seem to realize this?

If sexual predators and debauchees are sitting in Krishna's and your guru's seat, then its OUR job to protest and try to fix that, its not Krishna's job? Of course Krishna is helping somewhat in the background. So Krishna had Kirtanananda whacked on the head with a pipe, to try to calm this rascal down. Krishna was fixing things!

Then Govinda Dasi's great astrologer Patit Pavana came to the Berkeley temple to pray for the recovery of "Srila Bhaktipada," and he started singing a kirtan to have Krishna fix Kirtanananda, and put this rascal back in the guru seat. OK so a big clog from our toilet is removed -- actually by Krishna Himself -- and we pray to have our toilets clogged up -- again? We liked the smell from the clogged toilet?

OK, so Krishna removes one sexual predator and criminal from one Vyasa seat with a pipe attack, and then Govinda Dasi's program wants to undo what Krishna has done, and replace this sexual predator back onto the Vyasa seat? That means, even if Krishna comes to Govinda Dasi's home to personally clean up her toilet, she is then going to clog it up again and make the same mess and horrific smell all over again! She won't even let Krishna clean up her sewage mess program -- which she and / or her pals think is a guru parampara.

Patit Pavana is always seeming to be giving bad astrology as well, does he not know the future, that when we worship sexual predators and criminals, there will be a bad future? He cannot even forsee the future of his idea of worship of deviants, that it will be horrific? And now Govinda dasi says we should not be like the angry mobs, right, we should allow the GBC's illicit sex with men, women and children messiah's program to sit in our temple's Vyasa seats -- and not even protest. Let the stink of the worship of debauchees as God's successors program continue! Let Krishna fix it! God is my janitor!

Recently, millions of women were out here protesting Donald Trump, because they claim, he has insulted women. Well maybe so and maybe not, but at least they have enough smarts to know, Krishna is not going to come out and protest on their behalf? If they want to protest something, they have to do it themselves! Krishna is not going to come down to earth and make some signs to protest some issue, these women have enough sense to know, they have to take action themselves. And if their toilet breaks down, they also have to fix that themselves! Etc!

So this is amazing, as soon as Krishna removes one sexual predator from the Vyasa, we have to pray to Krishna to put that predator back on the seat. Then Govinda Dasi wonders why ISKCON is so messed up, when she is blocking the people who want to clean out the sewage smell her pals think is a guru parampara, and her program even wants to block Krishna when He removes some of her sewage spill guru parampara members?

And this is why Srila Prabhupada warned us a number of times "DO NOT MAKE IT A STOOL SOCIETY." He knew the future better than anyone.