[PADA: Oddly, some politicians in India are trying to blame these "mass women molesting" types of incidents on India's "imitating the West." Really? Here in San Francisco for example, many women dress in almost nothing at local festivals such as New Years, ok they are at best "scantily clad." Some of the ladies at local festivals reportedly wear nothing at all because -- they wear only a "body paint" outfit. And yet -- these women are not being groped and man-handled -- by anyone. And if any of these women here in San Francisco would be groped by a group of foolish men for some reason, these gropers would then be attacked and contained in short order by the anger of the nearby crowd.

Thus, its misleading to say these India incidents of women groping is duplicating Western culture. Its something that is happening in India, due to a sub-culture of minimizing women, but we do not see such behavior being done, what to speak of being allowed, here in the West? Maybe there are some isolated instances here and there, but its not reported to be widespread at USA public events.

Again, if some group of men started groping and man-handling the women here at a festival in San Francisco, the crowd would turn their anger at the perps, and attack the group of gropers. And indeed the crowd would likely kick the gropers to the ground -- and beat the stuffing out of them. This would never be tolerated here in the West one iota. Neither the local police would tolerate such action here, they would get out their night clubs and beat these groping people down to the curb.

Yet according to reports, the crowds in India did almost nothing as these poor women were screaming for help. So this indicates how India is deteriorating as a culture and a society. This is not really a "Western" phenomena like here in San Francisco either, its something that is happening there, and not here. Another related report we read said that maybe women there are being attacked in part because -- there are simply too many (lusty?) unmarried men, due to the policy of aborting so many female fetus'. Thus these "overly lusty" men are so numerous -- they can get out of control in the presence of women. That may be part of the misogynist culture. In any case, these events seem to be getting worse and not better.


Of course at the same time, unfortunate incidents of women being exploited have also happened in ISKCON, especially under the supervision of the post 1977 "gurus." For example Bhakti Vikas swami is complaining that women should surrender to his program, which bans the Prabhupadanuga women who do not want to worship his sexual predator messiahs' process, and these women also do not want to force their children to worship Bhakti Vikas swami's -- illicit sex guru's process. Women have to surrender to the worship of illicit sex guru programs? That means the women as a class are much smarter than BVKS, and he does not want to give them any credit for that.

A lot of ink has been spilled discussing this and we are not going to review it a lot here, but there is something worse!

Even sometimes devotees who claim to have left ISKCON are allowing and facilitating women abuse to continue. For example we had an incident where a woman was being exploited, and immediately the Sanat / Mukunda / Prahlad / Dayalu nitai -- HKC Jaipur / Krishna Kirtan / Janardan / Pancali group all came forward to defend the women exploiter's program, and they kicked the stuffing out of PADA for trying to help the woman.

How did you guess, same group kicked the stuffing out of PADA for our policy of stopping children from being molested. How did you guess, same group said PADA was "only trying to get credit" for reporting Srila Prabhupada's poison complaint. What! If a State Trooper goes to someone's house to report that their grand father was run over and killed by a bus, and the people in this house would say, "and you just want credit for reporting this," what is that? That means they have zero concern that their grand father was run over by the bus, they just want to know "who gets credit" for reporting the story.

So they kick the stuffing out of the trooper for reporting the story, because all they care about is "who gets credit" for this and that, and that means they have no actual concern for actual people who are being victimized, or even poisoned, beaten, killed etc.

A few ex-gurukulis told me these people are all alike, they have ZERO concern for other people, they are only concerned with their own personal aggrandizement, money, buildings, pooja, exploiting, who gets credit, and so on. How did you guess, these jokers did nothing to help their victim once the program they supported hit the dirt and exploded. Same thing the GBC does with their victims, no support after the program they encouraged falls apart for their victims. And not only these jokers and the GBC do not help their victims, the crowd who saw the women being victimized did not help the victims .... etc. etc. etc.

So this is a big problem for both India as a society and ISKCON as a society, there is the perception that women are not getting treated well. However, if we look at the actual original Vedic society, women are given a high place of respect and protection. In fact women like Srimate Radharani, Queen Kunti, Rukmini, the gopis and mother Yasoda etc. are all worshiped as divine beings who are the most intelligent among all living beings in the universe, and beyond.

Narada Muni even prayed to become a gopi. Women do have an important role in Vedic society and they are minimized at the peril of the society as a whole. And in Vedic times, people who dared victimize a woman were dealt with severely by the pious government. It was never allowed, period.

In India its self-evident that there is now a sub-culture among some that sees women as second class citizens. Thus women are being exploited because there is a LACK of RESPECT for them, and that has also happened to a certain extent in the bogus GBC's ISKCON. Thus women's concerns need to be heard, for example some of the ISKCON women complained of the abuse and the GBC managers simply did not take heed. Women's voices are needed to participate in the society, and they also need to be protected, and if this is not done the results will be catastrophic for the society. Anyway, for a Vaishnava, they often worship Sri Radha even more than they worship Krishna, because the female expansion aspect of God is in many respects more important than God Himself.

To sum then, its the progression of Kali yuga that women and children are not being protected properly, and as Srila Prabhupada says, this will gradually go downhill into a cat and dog society as Kali moves forward. So its a good idea to think of Krishna and get out of this material world.

Lets NOT FORGET! The main reason that the entire Kurukshetra war took place is that one woman was being insulted. And Srila Prabhupada says, when Draupadi was being insulted, that is when Sri Krishna decided that the entire Kaurava dynasty would have to be destroyed. So! If a society wants to incur the wrath of God, and face severe reactions from the material nature and agents of the Supreme Being, this is the way to start! 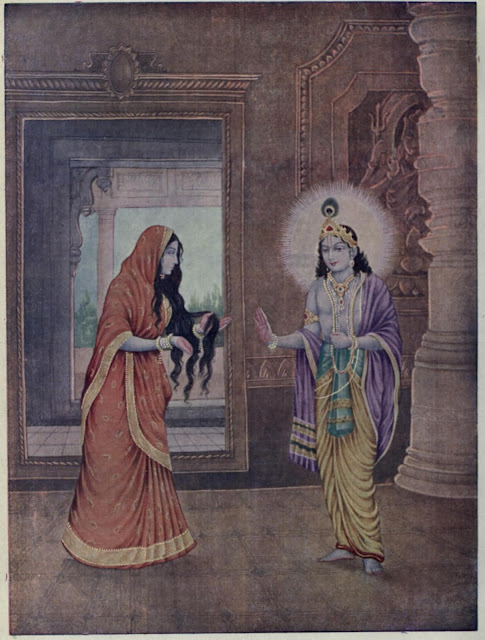 Krishna does not approve of women being exploited

Did I forget to mention? Devotee ladies please take notice of these things before you run off to India without taking proper precautions for your travels there. 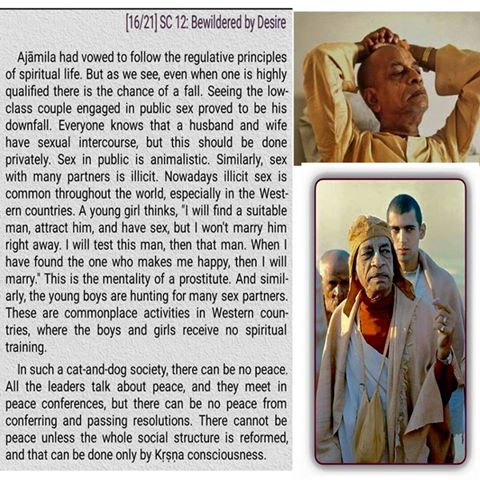