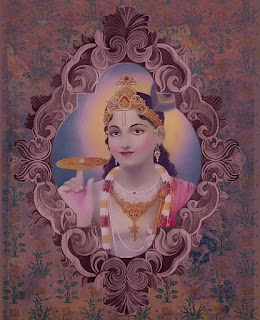 PADA: Swell, SARVA DRK DASA informed PADA that we need to listen to Rupanuga Dasa, a principle founder father of the illicit sex messiah's project. After Rupanuga destroyed ISKCON by getting people to worship his experimental debauchee acharyas project, why should we still listen to him at all? Sarva Drk also says that he only listens to what Srila Prabhupada says, and that is why he supports the illicit sex parampara of Rupanuga? Where exactly does Srila Prabhupada say that the path back to Godhead is to worship an illicit sex guru program? Or doesn't he actually say this is a deviation and its the path to the lower planets?

Of course, all of us already knew in advance that Rupanuga's debauchee messiah's program was going to fail, because Srila Prabhupada says such bogus guru concoctions will fail. We knew that the whole time. In fact we knew debauchee guru programs would fail before we even came to Krishna consciousness, its a well known factoid. This begs the question, did people like Rupanuga intentionally promote his debauchee acharyas project in order to make ISKCON fail -- on purpose?

Worse, Rupanuga was told specifically by Srila Prabhupada to keep this Gaudiya Matha "neophyte guru's" program out of ISKCON, but the first thing Rupanuga did was to anoint his conditioned soul pals as God's successor messiahs. Sarva Drk had no good answer for all this except "why are you always talking about sex"? Well, maybe we are --- or maybe not -- but at least we do not worship illicit sex as our acharyas? For that matter, even the cannibals do not worship illicit sex with men, women and children as their gurus either?

Otherwise, why is he ashamed to give us his name?

According to the Vedas, we need to study a person before we accept him as a guru, but in this situation, they do not even name "who" their guru is. How can we study someone who has no apparent existence? Yep we have a guru, its Srila Nobody Pada. Rocana does the same thing, there is a living guru, we just forgot who he is! So this is good news indeed, the ritviks might have various defects, but at least they know who their guru is.

These fellows are currently unable to answer when we ask them who their current living guru is, they have a guru, and they forgot who he is? So we win by default, we have guru, they don't. Anyway then he says, I need to be attacked physically. Why do these guys always end up attempting orchestrating violence against the Vaishnavas?

This is what my police friends tell me, these GBC guys promote violence because they are crooks posing as saints. And we showed the police the Sanat / Mukunda / Prahlad etc. writings against us, saying this group also want to have us Vaishnavas killed. So the police said this is amazing, in Christianity sometimes the fringe elements want an abortion doctor killed, but your guys consider the other Krishna devotees the people who need to die. Why do they want to drink the blood of the other Krishna devotees?

Our police friends further said, we can sort of understand the fringe Christian's motive to go after the abortion doctors, but we cannot understand why anyone from the Krishna faith would want to see the blood of other Krishna devotees? So the police told me, these guys are really devotees of Satan, they are mean-minded, violent, thug criminals -- posing as Krishna's followers. They meet these types of thinkers all day, every day.

They said the reason these folks hate the devotees of Krishna is simple, they hate Krishna. The police said this is amazing, some of your fellow Krishnas have no gripes with the abortion doctors, they only want the vegetarian people who are worshiping Krishna to die. Yep even the police have this group totally pegged. For once Hrdayananda is correct, he says if we promote illegal actions -- the people in general will take notice, and we will be discredited.

MAHANIDHI SWAMI: Another devotee argued with us that Mahanidhi swami is doing exactly what we are, he has rejected the GBC guru program and he is independently preaching. OK,but preaching what? That we need to hang out in Vrndavana with the babas, when Srila Prabhupada said if we sit around with the babajis in Vrndavana -- we will think of sex? Which is evidently what happened to Mahanidhi swami?

And I know his former personal secretary who says he caught Mahanidhi embracing a woman, and this woman is already married and has her own kids. What is he meditating on? So yes, its good that he has rejected the GBC, but what is he doing instead? Srila Prabhupada said that the USA is his more important program, so where are these guys' programs in the West? We are supposed to preach the basic principles to the mass of people, we are not supposed to make some elite babaji "rasika club" and read the higher teachings about rasa and so on, its not what we were ordered to do.

We were ordered to NOT do that! So I have sympathy for his plight of not being able to work with the GBC, but he needs to get back to the basics because that is what his guru ordered him to do.

He says that Gunagrahi is the "driest of dried cakes on the planet." And that GS is always micro-managing everyone else's life, making everyone else paranoid and depressed. And GS encourages spying on one another, and this is also breaking up marriages. And he asks, what's with the pornography, why didn't GS just get married and have a few kids? He is not honest.

I said, Gunagrahi is one of the hardest workers the GBC has. After all, getting your God brothers banned, beaten up, and killed, and creating mass molesting programs ... its not an easy job. It takes a lot of determination and dedication. That means every day Gunagrahi wakes up and thinks, "how can we have more of our brothers banned, beaten and killed, for not worshiping pornography pada (me)"? So these people are infuriated that some of us are worshiping Srila Prabhupada and not worshiping their pornography acharyas.

They are very hard workers for the cause of Kali yuga, who also wants people to worship illicit sex and porno swamis. Srila Prabhupada says there are people who dress like devotees but they are disciples of Kali yuga. The good news is that after these illicit sex gurus leave their bodies, they go straight to the lowest planets and we will not have to see their dried cakes faces for eons and eons of time, as they rotate in lowest species in the lowest regions. Anyway, this disciple of Gunagrahi says he is glad Gunagrahi is fading out of the picture. He says everything in his zone goes topsy turvy when he visits. And more important, this devotee is going to worship Prabhupada now and not porno-pada. Goody! ys pd

**** Dasa: Yes maybe if there is any hope left. For decades they have been told GBC and T P are the ultimate authority in iskcon and to speak up or dare I say set up a Committee then you are causing dissent , undermining their authority. This must be the biggest misconception in the temples and you are afraid of a power struggle. Literally thousands leave because of this ignorance regarding the rights of devotees And no one willing to stand up to protect them. To think the GBC will protect you or the TP will protect you you are mistaken.

[PADA: Thousands leave, and that was the plan all along? ys pd]

PADA: Another conversation where this devotee complained, there are not enough ritviks to take over ISKCON, even if the GBC handed it to us. Correct. Srila Prabhupada also did not have enough people to take over the Gaudiya Matha. So what? We have to continue and preach as best we can. Anyway, the GBC folks talk about the ritviks day and night, we are making progress in their own camp and in their own back yards, and they know it. So we are making changes in their own program, just like now we just got this ex-Gunagrahi guy on board. Every day they lose a person, and we gain a person, its a brick by brick re-build. Changes are happening in the official society all the time due to pressure from our program, don't worry, we are winning. ys pd
Posted by krishna1008 at 9:11 PM