How the GBC Undermines Vedic Authority 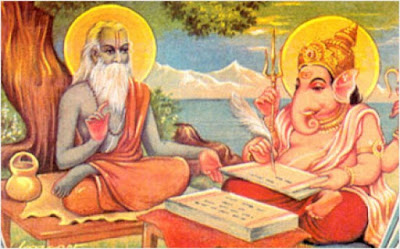 PADA: The current position of the GBC is to attack the entire principle of the authority of the Vedic acharyas. They are making the authority of the acharya a mundane process. For example Bhakti Vikas swami, Hrdayananda swami, Badrinarayana swami, Jayadvaita swami, Gaura Govinda maharaja -- and many others in their group -- are writing papers and giving lectures saying sometimes (A) our other GBC's leaders are bona fide diksha gurus (acharyas) -- meanwhile, sometimes also saying (B) our GBC's diksha gurus are prone to falling down, deviating, and in many examples -- no one should follow or listen to them anymore.

The Vedic authority is thus lost when we say that acharyas are sometimes (or even oftentimes) bogus, making mistakes, and worse, that acharyas are often fallen debauchees. So this is actually undermining the whole principle of Vedic culture, which is founded on the platform that the acharyas are on the absolute platform, and they are thus speaking the absolute truth. Now, under the GBC's scheme, acharyas are meant to be criticized, made to look like fools, and they need to be removed for deviations and so forth. This is an assault on the entire foundation of Vedic culture.

This is also how the 1880s British Raj culture attacked the Vedic culture as well. Some British "scholars" wrote books saying the Vedic process is not authorized and we should not listen to its gurus and acharyas. And the GBC's leaders are saying this exact same thing all the time. They say their acharyas are not realized souls, if not fools, and so acharyas are meant to be -- censured, criticized, monitored, suspended, removed and even excommunicated. That pulls the carpet out from under the whole Vedic principle -- that acharyas are not meant to be criticized, made to look like fools, and so forth.

Bhakti Vikas swami for example is in fact proud of the fact that the other GBC acharyas have rejected his book, that means he is saying some of his own ISKCON acharyas do not accept the writings and speaking of other bona fide acharyas. In sum, acharyas are simply ordinary men, if not mundane wranglers, who are in a constant state of disagreement and infighting. As such, the acharyas have to write public papers and books to criticize, attack and defeat the other acharyas. Where does Srila Prabhupada say that we should make a bunch of acharyas -- who will be writing papers to publicly criticize and attack each other?

None of this has even been done by any previous acharyas, that they would write public papers to defeat, minimize, attack and ridicule each other. This process has all been conjured up by the fertile brains of the GBC and the members of their guru club. The REAL acharyas are one in consensus, they are not fighting like cats and dogs over different issues while claiming the other acharyas are deviants, frauds, fools, sex and drug addicts, con men etc.

In other words, the GBC members and their gurus are fabricating the idea that acharyas are mundane wranglers who publicly disagree with one another on foundational principles of the Krishna religion. This relativises the acharya's status and undermines the whole concept of Vedic authority. So, on the one hand they say we should all respect the position of acharya because its absolute, while on the other hand they CONSTANTLY write GBC annual reports etc. saying that their acharyas need to be censured, suspended, monitored, removed and even put in jail for deviating.

The Vedas say the acharyas are pure and eternal, whereas the GBC says no, that is bogus -- in reality our acharyas are -- fly by night, questionable, impermanent, untrustworthy, and are similar to "buyer beware" used car salesmen. The GBC for example wrote a 1980 paper against the mahajanas saying that sometimes the mahajanas forget Krishna, but Srila Prabhupada says a pure devotee never forgets Krishna even for a second.

Of course, even us neophyte fools are remembering Krishna enough that we do not fall into illicit sex with men, women and children like the GBC's acharyas are doing. So the GBC is making the post of acharyas less than the kanistha platform, and turning it into the platform of mundane wranglers.

"After the time of Sri Caitanya Mahaprabhu, those faithful to Him kept apart from non devotees, to avoid contamination. Seeing this, the personality of Kali sent his representatives in disguise to pollute the Vaisnava sampradaya. Posing as Vaishnavas, they spread their wicked doctrines, and appeared so intelligent and devoted that only pure devotees could detect their real identity.

Most devotees — not only the most neophyte – were enchanted by their tricks. In this way Kali’s agents expertly introduced karma, jnana, and anya-abhilasa in the Vaisnava sampradaya and caused suddha-bhakti to vanish from the world.”

So yes, they are agents of Kali Yuga, which in main part means "quarrel and dissention." So these GBC folks are saying that the acharyas are in a state of constant quarrel and dissention, so they can put the whole human society into that same state, and take them to the lower planets along with them. Srila Prabhupada says that these disciples of Kali yuga will create a mundane process to make acharyas artificially, and they are thus headed for the lowest regions.

In any case, there is no evidence that previous acharyas are writing papers to ridicule, defeat, attack and malign the other acharyas, its simply not done. Acharyas are always glorifying one another and accentuating and encouraging one another, and so are their bona fide followers. ys pd 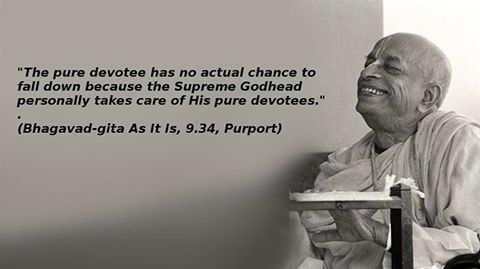