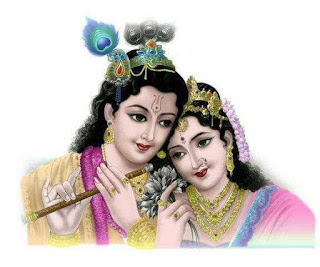 Wants only His actual pure devotees to be worshiped ...

Yes, all of the sum totals of the demigods are falling at my lotus Nike socks! Danavir's crazy messiah Vipramukhya used to mail his socks to people to worship, because that is how crazy Danavir makes people become. Yep, Vipramukhya has blooped out and has given up on Krishna, thanks to Danavir's pushing him into the Bellvue madness program that they are messiahs.

These folks are even sometimes Krishna's padas, apparently Krishna falls at their feet no less! Of course, here in Berkeley Danavir's program produced machine-gun and percodan pada. Hmmm, well Srila Prabhupada said just the opposite, he said, do not let other people touch your feet or you will be acting as a diksha guru, and you will be accepting their karma, and this offense will cause you to get sick, fall down, or both, and there has been an epidemic of Danavir's messiahs getting sick and falling down. Now he is himself getting sick, the epidemic is simply spreading, that's all.

How did they not know, they are not on the level of purity as Jesus, the Vaishnava acharyas, and -- Krishna? Yes, as a matter of fact I am Krishna's padas! This is something like the worst case scenario of ego-ism on steroids on the planet, even the ordinary man on the street never thinks he is Krishna's padas, and he can absorb sins like Jesus is doing!

So what can we say, the epidemic continues. The good news is that another one of Danavir's big cheese bag authorities is now under auditing investigation by a group of Hindu donors. Money is apparently missing. Its like every other day another cookie crumbles in their group, there is a fall down, a scandal, an investigation, they are sick, they are too sick to manage [that is why there are bed bugs and rats in some temples?] etc etc etc.

Is Danavir ever going to get it, he and his pals are not qualified to take sins and make pretend they are the successors to Jesus of Nazareth? Probably not. They'll have to learn the hard way, and Krishna's hard way means, they'll have to stay here until they get it. Even my old grandma neighbor with her many cats never thinks for one second she is Krishna's padas, and her socks are worshipable items. She knows Jesus is her master and she is simply the aspiring servant. In sum, she has more spiritual understanding than this whole pile of hokey messiahs put together. And please, and I do mean PUUUULLLLEEEEZEEE, do not start out telling us Danavir is suffering from taking karma! After we were ALL told NOT TO! ys pd
Posted by krishna1008 at 9:49 PM