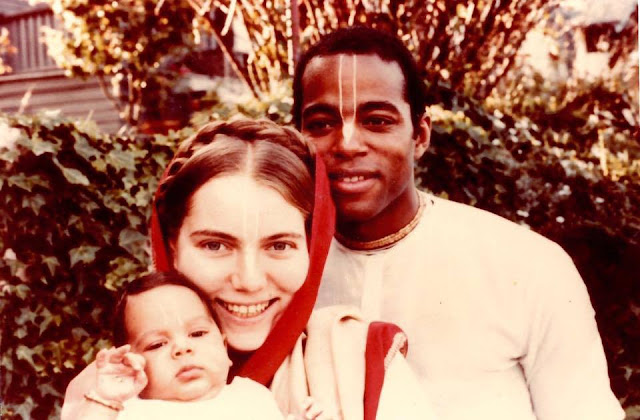 [PADA: I met her in California and she was a very nice and sincere devotee. Like a lot of devotees, she told me she could not live in any GBC managed devotee communities, because she thought their deviations were too extreme. Her husband told me all kinds of tales of their encounters with Ramesvara's exploits, and so its a wonder some of these people survived Ramesvara's regime with continued faith in the religion. So she lived outside like a lot of us had to do. Anyway, she had a desire to serve Krishna and Srila Prabhupada, so we are confident Krishna will fulfill her desires to be His sevaka, and thus her service desire will be fulfilled in her next destination. May Krishna bless her always and help her along the path to His Lotus Feet. ys pd]