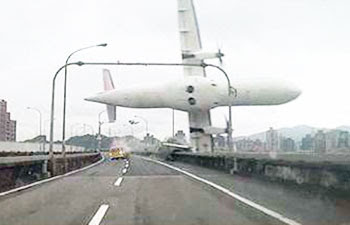 
Torben Nielsen: In the meantime, here are some quotes that the ritvik-camp NEVER allows to enter their pages (or minds):

"I wish that, in my absence, all my disciples become the bona fide spiritual master."

[PADA: What? We have ALL heard these quotes thousands of times, and we already dealt with them 25 years ago? Yes, the college professor wants ALL of the kindergarten students to BECOME certified professors just like he is, great idea. Its called encouragement.

An unripe mango might become a ripe one, but that is not guaranteed to happen by any means. Yes, someone might BECOME pure, that means, they are not pure yet. Srila Prabhupada suspended sannyasa in 1977 because they were not becoming sannyasa, what to speak of guru? The above statement has been used as a licence to rubber stamp all sorts of alleged gurus, but they have been falling down left, right and center because they have not yet BECOME gurus.

The professor wants all of the students to become professors. Fine. Does that mean ONE or ANY of the students will become, or has already become, a professor? All of the disciples clearly did not become gurus. This is a straw man argument, ALL of the disciples might BECOME gurus, but Torben fails to tell us which one has? Straw man, he cannot even point to one example of his thesis. Common sense also tells us, -- one should BECOME an airline pilot does not make one an airline pilot NOW!

This is a GENERAL statement, its not a specific order for either one or a number of folks to become guru at present. Nor does this quote name anyone as a guru? Nor does Torben name anyone as the person he thinks is the current successor to Krishna? This is a generic quote from the professor, lets have all of the kindergarten children also become professors, but none are named or ordered to do that yet?

Perhaps desert dwelling survivalist Kailash Chandra is the guru? OK but he is not named herein, nor do many people think Kailash is qualified to be Krishna's successor. If the professor says all of the kindergarten children should become professors, this is not certifying anyone as a professor, its a type of encouraging statement, that's all. We asked Torben to give the specific order where specific people were told they were going to be gurus specifically, he never provides any? Torben is trying to telescope a general statement into a specific statement, that is not how grammar works?]

[PADA: Same principle as we explained above. This is called encouragement, its not a license for any specific person or specific group of persons to sit on the guru seat at the moment. "I shall order you to be gurus," ok fine, that is not an order for now, its a possible future event. Maybe! The electrician says, "I shall tell you when to switch on the electricity, but not now." Torben turns it on now, and electrocutes the electrician! These gurus are falling left, right and center because they are not qualified to be gurus.]

"Every student is expected to become acharya . . . I have given you sannyasa with the great hope, that, in my absence, you will preach the cult."

[PADA: Yes, "I expect that all of you kindergarten children will be brain surgeons." Encouragement. This does not mean, we should NOW hand the kindergarten kids brain surgery tools, skull saws, bone drills, scalpels, and hack saws, and have them start doing surgery NOW! This is what Srila Prabhupada once said, if the layman tries to be a brain surgeon, and he is not yet qualified, then by performing surgery prematurely -- he will kill people!]

[PADA: Right, except so far we have seen that most of the GBC / Torben guru wanna be crew has fallen down because they are not yet qualified to be gurus, never mind that, a number of them have fallen way further than the regular kanisthas. And when one of their group falls, the rest of them try to keep the deviant in the guru seat as long as possible to continue the fraud, at least that has happened many times already.

That means the whole lot as a group is guilty of promoting false acharyas. And as for following the principle, living in the Moab desert for 30 year waiting for all of us to fall into the ocean in California, this is simply not the principle of being an acharya.]

[PADA: Which living entity is the guru then? Apart from Moab survival pada?]

"Maybe, by 1975, all of my disciples will be allowed to initiate and increase the number of generations. That is my program."

[PADA: Was never implemented. Does not name anyone as guru. Is a general idea and is not a specific order, etc.]

"By 1975, all of those who have passed all of the above examinations will be specifically empowered to initiate and increase the number of the Krishna conscious population."

[PADA: Was never implemented. Was never outlined as to what type of guru and initiation this would be, it could have been an outline to increase the ritviks. In any case, not a specific order.]

" . . . just like I have got my disciples, so, in the future, these many disciples may have many branches of disciplic succession . . ."

[PADA: More encouragement, again not a specific order for anyone to become guru now. Those who tried to become guru prematurely have failed, and supported the others when they failed to keep the false ship afloat for a little while longer.

Yep, Torben thinks, since the father told his kindergarten student child to be a Boeing 737 pilot, lets give the child the keys to the 737 and give him a child booster seat, and let him take off as the pilot of the plane. What happens next? The plane crashes, everyone dies, thats all. Sorry, the people who fall down are not yet gurus but, at best, priests or ritviks. A priest can fall down, the acharya does not. Srila Prabhupada says anyone who is a false acharya, or who supports false acharyas (like Mr. Maha Vishnu) is a resident of hell. What about that quote? ys pd]

Several sources have told us that Torben and Ajit are followers of Maha Vishnu swami, the one that died.