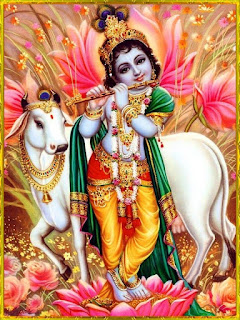 *** We are getting more nice inquiries about all these topics and more and more people are agreeing with our idea to establish Srila Prabhupada as the acharya.

*** A number of folks have asked us about the Bombay vs Bangalore court case. I don't know for sure, but it appears to be delayed again. The good news is that many of the documents our PADA project has previously found / forwarded / posted on our sites etc. are now officially recorded in that Supreme court. The other good news is that lower courts recently ruled favorably for Bangalore while a criminal process has been started against some of the Bombay (GBC) folks.

This means in any case, a legal historical record has been made of these documents in the Supreme court of India, that's good progress. Of course there are always some people who do not like either Bangalore or us for our conducting this document collecting and forwarding, no kidding, these folks wanted to suppress these documents the whole while. And as soon as anyone starts a lawsuit against the GBC's gurus to prove that Srila Prabhupada should be the acharya, there are many people who object. Too bad, at this point, the cat is pretty much out of the bag, its too late to suppress all these documents.

*** A number of "history videos" are in the works in a sort of collaboration effort which we are helping along. The devotee who is making these videos would like more photos to illustrate the post-1977 historical events. So if you have any photos of the 11 gurus and their empires, news clippings, etc. after 1977, please send to angel108b@yahoo.com and we will forward them.

*** Another devotee is making a book on the history of New Vrndavana, and we are helping with this account.

*** A very senior devotee whom we have not seen or heard of in 30 years has all of a sudden started to ask all sorts of good questions about the poison issue, its getting around slow but sure. He is pretty much convinced our account is accurate.

*** A newer devotee has asked us lots of questions about Radhanatha, and this devotee sort of feels Radhanatha is not all he is cracked up to be.

*** The book Monkey On A Stick, some of Sulochana's writings, and other PADA materials are gradually being translated into Spanish by a group of Spanish speaking folks, who want to get PADA's style of ideas out and into that language. We'll let you know when these documents are up and running.

*** Another devotee asked me why Dayalu Nitai's HKC Jaipur spokesman Prahlad is still saying PADA's idea to establish Srila Prabhupada as the acharya is "destroying ISKCON," and most of the HKC folks are against us and they are instead promoting Bhakta das, one of the biggest GBC guru's cheer leaders and he is also a giant Gaudiya Matha groupie. Of course they are also citing another person who says the ritviks are "slimy snakes." Great company they have there!

Worse, Bhakta das says our idea of worship of the pure devotee is "a cancerous tumor." Worse, Bhakta das has encouraged all sorts of criminal behaviors that has given the Krishna movement a bad name and he was himself arrested for "sex crimes" in Puri. Fine person for your HKC Jaipur folks to publicly advertise as your shiksha guru spokesman.

I had to tell this devotee, there are people such as Bhakta das, who are simply pretending to want to see Srila Prabhupada being worshiped, but what they really think is that we Prabhupadanugas are a cancerous tumor. Bhakta das also promotes Radhanath's program. OK, and we would say this is the sinister agenda that ruined ISKCON. So the HKC and their spokesman have simply shown us what their real agenda is, thats all, they are sitting around making audio tapes of Bhakta das and not us, because they are still with the Gaudiya Matha's groupies / Radhantha / Kirtanananda / designer drugs pada agenda. Its simple, as Sulochana said, birds of a feather flop together.

Sulochana also used to say. people can try to hide their real desires for some time and make pretend they are for Prabhupada, but if they are against us -- they are not for Prabhupada, and eventually their real colors will come out. Thus according to Sulochana's idea, they are against us because they do not want to see the pure devotee being worshiped, plain and simple. And these same HKC guys are also totally against our idea of establishing Srila Prabhupada as the acharya in the courts, because they attack anyone who tries to establish the acharya there. OK, that means they want the sinister deviants to be established as the acharyas of the jagat -- in the courts.

So, they are on the wrong side, that's all. This devotee thanked me because he was going to visit India and he wanted to know who was what over there. In any case, our opponents have always said our worship of the pure devotee is a cancerous tumor, and most folks now agree -- these are the people who have created all the troubles for ISKCON.

These people are eternally doing this of course, they have always wanted to establish the worship of deviants, even when Krishna was here, Kamsa had his advocates. Anyway, various people have been telling us some pretty horrific things about Radhanath's program which we cannot make public yet, but for the HKC Jaipur folks to be publicly advertising and licking the boots of Radhanath's promoters is -- not a good sign of their spiritual progress.

*** The overall good news is, the bogus guru agenda is slipping more and more and our "Prabhupadanuga" idea is getting more traction, including a number of historical sites that will document all this for future Vaishnavas. Basically, our version of the post 1977 history of ISKCON has ALREADY been widely accepted by most of the USA police, FBI, and the public media, and perhaps thousands of devotees worldwide all agree now, and its increasing worldwide, for example our history version is gaining more traction among the media, courts and devotee population of India etc.

At the same time, the Krishna1008 blog readership is expanding nicely, especially into many foreign lands, which means more and more folks are waking  up to these issues. Simultaneously, more and more people are linking to this blog and our Harekrsna.org site etc. -- so we are progressing along. As Srila Prabhupada often says, the dogs will bark -- as the caravan passes -- simply stated, our program is expanding.