Kirtanananda's Samadhi is authorized by bogus GBC gurus like Radhanatha, Gopal Krishna swami and others, who attended the opening ceremony. A homosexual pedophile gets to be buried in the holy dham, and thousands of sincere Vaishnavas are being kicked out every day. What is wrong with these bogus GBC guru people? And now they are suing Bangalore, because these folks do not want to join their pedophile messiah's worship parade? In the holy dham! Where is their respect for, at least, the holy dham? There is none. ys pd 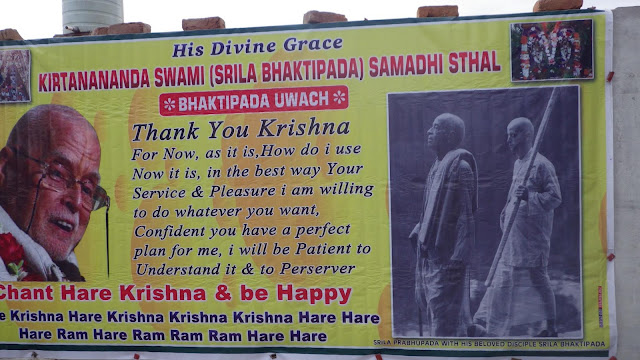 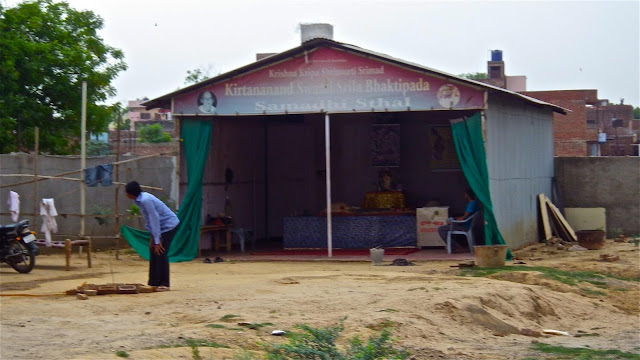 *** Devi Dasi: I was in Vrindavan at the time his body was brought here, and none of the maths would take it for a samadhi. It sat at Keshi Ghat till it got sorted out. A friend who lives there called me after seeing it swollen blue and smelling. Finally Gopal Krishna Maharaj arranged a refrigerator.
=====================

PADA: Kirtanananda and his henchmen arranged for the murder of my best friend Sulochana das. The FBI arrested their "hit man" Tirtha just two days later, and in his pocket was a description of my pick up truck with my licence number. So the FBI wanted to put me into witness protection and give me a new identity and hide me from these people. The FBI folks said, you are next on their hit list, you will probably die if we do not hide you. I told them -- that I had to be a devotee of Krishna first and worry about living later on, so I did not change my identity. They said, well if you die its not on our hands, these people want to kill other Hare Krishnas, and you are the next one they want to kill. Fortunately, the Berkeley police then started following me undercover (I did not even know they were following me). So when three New Vrndavana goondas were chasing me with baseball bats, an undercover cop blew his siren and he got out and hand cuffed the three goondas, or I most likely would have been beaten to death right then and there. And that is why the GBC still directly or de facto glorifies Kirtanananda, and his former henchmen are now their greatest leaders, since he was the best oppressor of us Vaishnavas. So, they miss him since he was their main leader for so many years, and that is why they have had their people doing parikrama singing his glories, he was their best example of "how to manage" people like us, namely, to oppress us with goonda violence. A TV special show is being made about this and they interviewed me on this whole issue. When I told them the GBC still worships this man in the holy dham as one of their former messiahs, their jaws dropped. ys pd

**** Devi: Kirtanananda threatened to come over with his hench men and German Sheperd to beat me after I questioned him about placing a known pedophile in his school in New Vrindavan. Although he was my God brother, I believe that he was a demon and his body should have been burnt ... his ashes thrown to the winds as all those innocent souls that he hurt gave a sigh of relief ..... or at least leave his body on the ground so that those who he hurt could come and give it a kick. That is very therapeutic...I hear