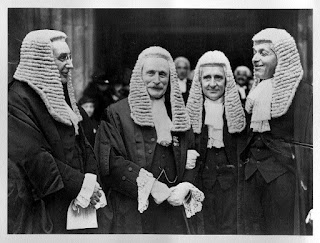 The GBC committee administers -- Krishna and His acharyas?


BVKS fan: There is a lot of things within our society that's not optimal yet and for sure the present guru system is problematic, within an institution and that is what SP wanted, we must have some regulation of its gurus and therefor a board of Sannyasi gurus would be optimal, but simply to shoot with a scattergun of general blame and complaints reveals some obvious maya.

PADA: First of all, you have not shown even one quote where Srila Prabhupada says that the "parampara of gurus from Krishna" are under the control of a Governing Body that you admit, "makes many mistakes"? I am not seeing that? Now you BVKS folks say that these gurus who fell down are part of the process of institutional gurus. That is exactly why Srila Prabhupada said, do not make institutional gurus like the Gaudiya Matha has done.

Where does Srila Prabhupada say we should have institutional gurus who are "making many mistakes"? You folks are really not answering the point? Yes, there are many rules for the GBC, including that when they deviate they have to be replaced. So why are BVKS folks saying the guru parampara FROM GOD contains deviants who "make many mistakes," and then the deviants have to be replaced? That means BVKS folks are saying the guru parampara is like a conditioned soul mundane business where the leader of the business is caught cheating, so he is replaced. The guru is like a business man, or a politician like Richard Nixon who "makes many mistakes" -- and then -- has to be replaced?

The guru parampara is like a mundane business affair? Or politicians?

OK! According to you, the Gaudiya guru parampara has deviants who are making many mistakes and have to be replaced! Yet, in shastra there is apparently, no such thing as the parampara being under the control of a committee that is "making a lot of mistakes"? It does not matter if the people making these mistakes are grhasthas or sanyasas either, people who are making mistakes are still in the category of conditioned souls.

BVKS fan: "Now you BVKS folks says that these gurus who fell down are part of the process of institutional gurus" where do we say that, show me?

BVKS fan: You are making up stories as usual, its very simple, Srila Prabhupada set up an institution and never anywhere asked His devotees to leave The Greater ISKCON, quite the contrary, so just a little logic proves that The Greater ISKCON must have its guru instead of spreading to all kinds of branches, this was also the idea of Srila Prabhupadas guru maharaja and HDG clearly said that after His demise, disciples could if qualified take up the service of guru, in fact He expected ALL His disciples to raise to that platform.

PADA: So gurus who are being problematic, voted in, suspended, removed and controlled by people making mistakes, and gurus falling into sexual deviations etc. is your idea of ISKCON? Where does Srila Prabhupada says that gurus falling into deviations left, right and center, is ISKCON? Srila Prabhupada said that his disciples are not qualified YET to be diksha gurus, that is why he set up a Governing Body process and not a guru process. ys pd

BVKS fan: I did not say that all are not pure devotees, that is again your invented story, therefore a board of gurus is wanted and not grihastas.... You are as usual generalizing and shooting with scattergun and in this way committing great offence and for this reason nobody likes to hear from you. In history gurus has always been falling prey to deviations also of sexual character, nothing new under the sun, the question is how an institution want deal with it.

PADA: So now you BVKS folks are saying the guru parampara is full of sexual deviations, and its nothing new? Which previous acharyas are sexual deviants? Anyway right, the GBC said in 1978 that they are subordinated to the "Acharya Board" and there is no actual GBC anymore, the Acharya Board over-steps the GBC authority.

What is an acharya board?

Gurusuh narah matih narakah sah, anyone who thinks guru is ordinary man who makes mistakes, is a resident of narakah, you need to cite shastra here. Anyway, you finally came out with your real idea, the parampara has deviants, who have to be controlled by a committee of people, and the committee is comprised of people who are making many mistakes.

BVKS fan: Your conclusion is worse than kindergarten and there for its waste of time talking to you. What I say is, and try to read careful if possible, is that gurus have been falling down through history, nothing new under the sun and it happened also in Bhaktisiddhanta's time, so what is your problem with this fact? To you such talk is sense enjoyment and there for you put words in peoples mouth and invent crazy conclusions.

PADA: Why is the BVKS clan saying gurus in our Gaudiya Vaishnava guru parampara were falling down all the time, even at the time of Srila Saraswati? Who were they? Name one! Srila Prabhupada says it is an offense to say his parampara contains deviants. Why is the BVKS clan always trying to establish that Krishna and his guru parampara are defective, problematic, full of mistakes, and so they need to be administered by the committee, oooops and the committee has the same program, it is also problematic and full of mistakes? How can you fix your problematic and mistaken gurus, with a committee full of problematic and mistaken individuals?

Right, Srila Bhaktisiddhanta says that the gurus who have illicit sex are already monkeys, they are already residents of the lower regions, and they will become monkeys in their next life. Markat vairaghya.

Now you say, you do not see any problem with worship of these monkeys? Even kindergarten children do not worship monkeys? Srila Prabhupada also says that gurus who have sex with followers are exactly like a father having sex with his daughter. He never said this was part of our parampara, he said this is a deviation. ys pd