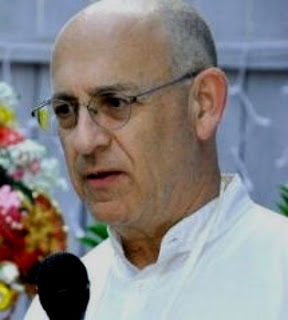 ISKCON is a septic tank?

[PADA: Right, Brahma Tirtha Dasa (Robert Cohen) is a big supporter of the GBC's illicit sex messiahs program, which we had to have sued for $400,000,000 for mass child molesting, while us protesters to the BTD molester messiahs program were being banned, beaten and assassinated.

BTD is thus one of the persons who co-created making ISKCON into a septic tank of deviations, including sexual predator gurus and acharyas. Did we forget to mention that Brahma Tirtha's best pal Jayadvaita swami (Jay Israel) says that in ISKCON, we may find that their gurus and messiahs are "engaged in illicit sex with men, women and possibly children as well."

Apparently, worshiping sex with billy goats is the only thing forbidden in their process?

What kind of messiahs is BTD giving to little children? BTD is clearly preaching that children need to worship his illicit sex messiahs program. Children need to worship an illicit sex guru lineage to attain God? Isn't this illegal corrupting the morals of minors? Where does Krishna say that we need to worship illicit sex with men, women and children -- to attain Him? Is that what God would say? Well yes, according to these folks ... So we would argue that since there is nothing in the ISKCON charter that says little children should be educated to think their gurus and messiahs are sexual predators, it would be illegal to teach them that way using the name of ISKCON, as the Brahma tirtha program has been doing now for decades.

Brahma Tirtha is also a big supporter of Krishna West, the people who reinstated the worship of a known sexual predator as the messiah of ISKCON, at least they list him as one of their supporters. This is odd isn't it, in the beginning of an article from a person who claims to promote ISKCON, he says -- ISKCON is a septic tank? Is this a Freudian Slip? Or is he among the alleged conspiracy of Kali disciples to drag ISKCON into a cesspool? Actual ISKCON is Krishna, its not a cesspool, but those of you who misrepresent it are the cesspool. ys pd]