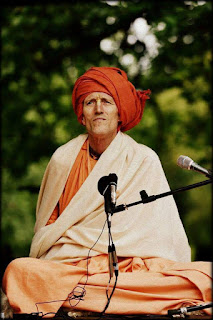 GURUS ARE SUBORDINATED TO A COMMITTEE THAT MAKES MANY MISTAKES?

PADA: OK but BVKS does not describe fully how his GBC -- that has been associated since 1977 with these Gaudiya Matha's leaders, the Babajis, Jayapataka's ghost buster (who was ghost busting the GBC's gurus because Krishna and His gurus are in the modes of ignorance?), disciples of Gaudiya Matha gurus like Bon and Tirtha, various and sundry astrologers etc. -- could constitute a bona fide guru parampara? Why does BVKS keep saying these deviations are a bona fide guru program?

BVKS is saying the people associated with all these deviations are gurus, of course his gurus also engage in illicit sex, drugs, drinking beer, one at least went back to meat eating. Why is BVKS saying that the parampara from Krishna is full of illicit sex, drugs, and even some examples of eating meat? He has a guru parampara, which is full of these deviations, which is not our siddhanta, rather our siddhanta is that Krishna is pure and so are His successors.

BVKS still says his GBC guru system is bona fide, at the same time, he says -- they are not bona fide and they are deviating? How can the GBC's guru parampara be both a bona fide guru parampara, and not, at the same time? This is a question we get on our blogs on a regular basis, how can the GBC guru program members declare that the GBC guru system is both bona fide, and not bona fide, simultaneously, -- this is creating major confusion to the devotees and regular people. How do I answer them? BVKS has apparently not answered this question because some people say they do not get an answer when they asked him.

The BVKS diksha gurus and acharyas are monitored, corrected, censured, suspended, excommunicated etc. by a GBC? Prithu das and others say that the GBC "has been making many mistakes," why is the guru subordinated to these people who are self-admittedly making "many mistakes"? Srila Prabhupada says the guru is transcendental to the platform of mistakes, and now you folks are apparently saying, the guru is subordinated to the platform of mistakes? Not sure what your point is? Are you saying that gurus are defective beings who need to be controlled by even more defective beings? Where does Srila Prabhupada say that the guru parampara is subordinated to defective people who make "many mistakes"?

And BVKS now says that his illicit sex gurus are authorized in the ISKCON charter? This says that the diksha guru is not getting dictation from Krishna, the guru is getting dictation from a committee body that is "making lots of mistakes"? I thought the first thing for a guru is, he needs to be free of the platform of mistakes? I am sorry but everywhere I read, Srila Prabhupada says the guru is subordinated only to Krishna and he is never subordinated to a committee that "makes a lot of mistakes." Can you please cite me chapter and verse where Srila Prabhupada says Krishna, His parampara, and His diksha gurus are subordinated to committees that are "making lots of mistakes"?

I just cannot find it, nor have you shown it. Worse, you guys are not making mistakes, anyone who objects is banned, sued, maybe beat up and / or assassinated, its not a mistake, its a goonda enforced deviation. ys pd
Posted by krishna1008 at 7:27 AM