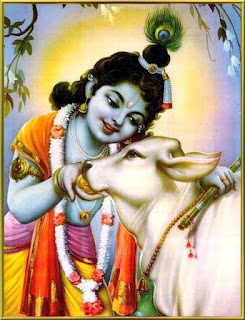 [PADA: Right, we cannot have our self-made acharyas constantly falling down left, right and center without eventually saying, ok lets join the ritviks, and have our people take shelter of Srila Prabhupada. This is pretty much self-evident; if our "mahabhagavata acharyas" cannot remain steady, and in most cases they cannot even get themselves on any semblance of firm footing on the path back to Godhead, then -- they cannot deliver their followers. Who will deliver them?

Hence! Srila Prabhupada is sort of "winning by default" due to the failure of this bhogha fried messiahs project. Its almost amazing that its taken this long for some people to grasp this fact.
Of course, there are a few hold out guys still saying we cannot worship Srila Prabhupada [because he is dead and gone?] and therefore the "ritviks are all bogus."

So its unfortunate but there are still a few self appointed gate keepers / hold outs who have dedicated their lives to blocking the door to the house of Krishna, by trying to stop anyone who dares enter the house of Bhakti, but we are gradually exposing their position as false and harmful to the process of Krishna consciousness. Padmanabha maharaja decries the system of GBC gurus falling and then their folks are getting reinitiated, ad infinitum, but he forgets it was his Gaudiya Matha folks who advised the GBC to set up this reinitiation system.

Yep, more and more the Krishna society is moving in the direction of our idea, lets revive the worship of the actual acharya Srila Prabhupada, and its an inevitable slide towards our idea that cannot be stopped at this point. Sorry, most people do not think this Padmanabha maharaja is the next messiah of ISKCON either, he is not being taken too seriously.

I was watching a video of Sudheer Krishna swami, another follower of the Gaudiya Matha / Sridhara Maharaja, and he says that Krishna will send you a messenger when you need one. Right, but as soon as Krishna sends that messenger, then the Sridhara Maharaja crew kicks him out the door saying his worship is the bogus ritviks idea. They are trying to block people from worship of the pure devotee, which is why Srila Prabhupada says the Sridhara Maharaja folks are "the severe offenders." Sorry, their "tradition" of promoting false messiahs and kicking out the worship of the pure devotee is collapsing under its own weight. ys pd]