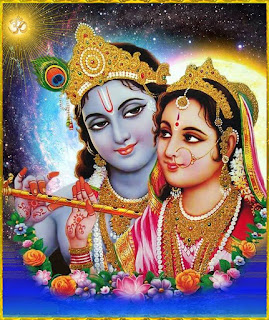 A common objection proffered for why Srila Prabhupada cannot possibly be ISKCON's diksa guru is that such a practice of accepting a physically departed guru would be against our Vaisnava "tradition", since it has never happened before. Indeed, this was one of the reasons given for rejecting "ritvik" in the GBC resolution on the subject:

In this article we will show how the GBC doctrine of tradition or historical precedence as the basis for judging whether or not an activity is bona fide, has been slain - first by the GBC, and by Srila Prabhupada himself.

The whole of ISKCON is unprecedented

"Whereas ISKCON is an unprecedented worldwide Gaudiya Vaisnava mission which aims to incorporate many individual diksa and siksa gurus and their disciples."
(GBC Resolution 316, 2009)

"Yes, ISKCON - and much of what we do - is without precedent in history"
(Kripamoya Das, ISKCON UK Congregational Preaching Director, email correspondence, April 2009)

"generally that was the old traditional understanding in India that the guru leaves the planet and the disciple initiates and then it is that guru's responsibility to guide his disciples. But ISKCON was something very different from that."
(HH Bhakti Charu Swami, Toronto meeting, July 20th, 2003)

From the above, we can understand that it has been accepted that the basis of ISKCON and the way it operates is of an unprecedented nature.

The GBC admit that the guru system they have implemented is unprecedented and non-traditional:

"Historically, a guru tends to be an autocrat within his own institution. Srila Prabhupada's vision of thousands of gurus working cooperatively within a single institution is unique and bold."
(ISKCON News, "Gurus Go Back to School", October 10th, 2009)

"This is the first time in Vaisnava history that we see a functioning worldwide institution with a committee in charge. We are in uncharted waters!"
(HH Trivikrama Swami, June 18th, 2007, GBC-funded website)

"[...] the idea of this GBC is not exactly traditional [...] What we were trying to do now you have to understand had never been done […] when you're going to have a single institution with many different spiritual masters and there are many different disciples who are going to have to work together in a cooperative and unified way. Just hadn't been done."
(HG Ravindra Svarupa Das, ex-GBC Chairman, Lecture, June 29th-July 3rd, 1999)

Part of the appeal to tradition involves claiming that the "normal" system of guru succession is as follows:

"That a spiritual master initiates until his departure and then his disciples initiate next is the normal system."
(Where the Ritvik People are Wrong, HH Jayadvaita Swami, 1996)

Yet ISKCON leaders have altered what they claim is the "traditional" system of parampara (disciplic succession):

a) It is now accepted that the disciple can begin initiating whilst his own spiritual master is still physically present, and this has already happened a number of times.

b) Though a number of ISKCON gurus have already passed away in the last 13 years, in no case has a "successor" been sanctioned, effectively bringing that line of the disciplic succession to an end. Indeed, in the case of one of these deceased ISKCON GBC-elected gurus, HH Bhakti Tirtha Swami, it was even stated that:

"Gurudeva did not leave, or could he possibly leave a successor."
(BT Swami disciples forum, July 8th, 2006)

"Two deviations from Prabhupada's order - the "zonal acarya" system and the "posthumous ritvik" system - rest on adherence to the traditional idea of leadership."
(HG Ravindra Svarupa Das, Allegiance to Guru, to ISKCON and to Prabhupada, 1998)

Underscoring their rejection of tradition as a guiding principle, we are told that the guru system which is being rejected - the use of ritviks - is itself actually based on tradition.

As we have seen, everything, from top to bottom, in regard to the GBC's own guru system, is non-traditional. Some of the more striking examples are:

GBC: Most of the GBC's "initiating acaryas" are non-Indians.

Vaisnava tradition: All of the acaryas in our disciplic succession were born in India.

GBC: "FACT: ISKCON gurus have had illicit sexual intercourse with both women and men, and possibly children as well."
(Where the Ritvik People Are Right, Jayadvaita Swami, 1996)

Vaisnava tradition: None of the acaryas in our disciplic succession were ever sexual deviants, phedophiles, murderer, gays , cheaters ect ect ect.

Bhaktivinode Thakura writes: "Devotees of the Supreme Lord are not controlled by the scriptures since their activities are congenial to Divine Wisdom. When self-realized devotees ordain any new arrangement, this should be accepted as religious code, even if such new arrangements are not found in the scriptural dictums of the previous sages."
(Sri Tattva- Sutra)

“Every acarya has a specific means of propagating his spiritual movement with the aim of bringing men to Krishna consciousness. Therefore, the method of one acarya may be different from that of another, but the ultimate goal is never neglected.”
( Caitanya-caritamrta purports Adi 7.37)

NOTE:
It is argued that before initiation can be granted to a prospective disciple, the Guru must be physically present on the planet so that he can personally meet the disciple and examine him. Indeed, this is the traditional method, whereby the Guru and disciple would associate for an extended period, so they could check each other’s qualifications. However, in ISKCON the system for fulfilling this requirement was different, as explained by Srila Prabhupada below...........

And in same time a ritvik representative of acarya system is completely authorized by Sadhu, Sastra and guru like here the sastra proof shows us, because it is only a change in exoteric formalities not in deep esoteric siddantha :

“Similarly, a disciple’s qualifications must be observed by the spiritual master before he is accepted as a disciple. In our Krsna consciousness movement, the requirement is that one must be prepared to give up the four pillars of sinful life—illicit sex,
meat-eating, intoxication and gambling. In Western countries especially, we first observe whether a potential disciple is prepared to follow the regulative principles. Then he is given the name of a Vaisnava servant and initiated to chant the Hare Krsna maha-mantra, at least sixteen rounds daily. In this way the disciple renders devotional service under the guidance of the spiritual master OR his----representative----for at least six months to a year.”
(Caitanya-caritamrta, Madhya lila, 24:330, purport)

In this way the disciple renders devotional service under the guidance of the spiritual master>>>>OR<<< his >>>representative<<< ( means ritvik ect.) for at least six months to a year.”!!!

Somebody would join a temple, a few months later the Temple President would send a recommendation for initiation, and the devotee would be initiated via the mail, having never met Srila Prabhupada.

And of course this has been the case in practise also, since none of Srila Prabhupada’s disciples have had his personal association for the last more then 35 years, and many of them never met him at all even when Srila Prabhupada was physically present on the planet.

NOTE: Ritvik-Representative of acarya-system are Sastra confirmed but our Iskcon GBC rubber stamped 2/3 hand-vote in guru system is NOT, like here the proof :

In addition to ISKCON’s current guru system not having any order from Srila Prabhupada to justify its existence, the GBC’s official “brain”, the “Sastric Advisory Council” (SAC), has said that the process by which it does authorise gurus, via voting them in, is not based on “guru, sadhu and sastra”:

“Our present system has institutionalized a process of senior devotees voting or offering no-objection to prospective gurus. But we do not find that this institutionalized blessingseeking process is mentioned by guru, sadhu or sastra as the way that one is authorized to become a guru.”
(Balancing the roles of the GBC and the disciple in Guru selection, SAC)

Conclusion: Follow the order, not tradition
Posted by krishna1008 at 6:04 AM