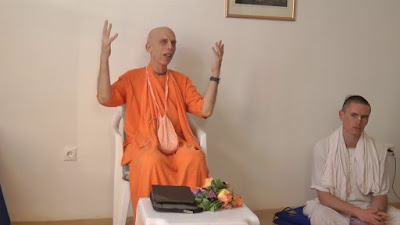 Our Guru program is -- a hot steaming mess.

PADA: Its seems that many of the GBC's leaders themselves know that their living guru process has failed. First of all, the GBC was disbanded in 1978 and then we had the "11 member acharya board" -- which ruled over the GBC. Then right away there were problems with these maverick acharyas -- who did not listen to the GBC body, or even to the "acharya board." Nor were they following Srila Prabhupada's standards for acharyas, and this hot mess was going on right out of the gate shortly after 1978.

And now the apologists for the GBC like Rocana / Torben / Ajit / Hanuman Croatia are scrambling to explain how their living guru system is supposed to work. Yet as we see clearly herein -- by reading what the leaders of this process admit -- their living guru project's leaders cannot explain all the chaos going on in their living guru project? If it is a bona fide program, why is there so much chaotic activity, such as currently one of their own maverick acharyas is trying to sell the Brooklyn temple without the approval of the Governing Body.

And Satsvarupa is writing his crazy maverick Journals and doing his whacky art, and Hrdayananda is doing his maverick Krishna West, and so on and so on and so forth, and these guys do not really adhere to the GBC's instructions, for decades now. Of course this begs the question, what are they "governing" if the gurus they manage do not listen to the governing members, and many / most of their appointed and elected "gurus" have not done so all along since this all began?

At least the ritviks know who is their guru, and how we connect with him ... 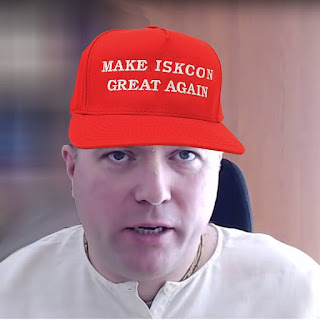 Apologist for the sex with taxi driver's guru parampara

Oh no! Hanuman das Croatia now says we need to make ISKCON great again by promoting Bhakti Vikas swami, who was voted in as acharya along with the reinstatement of his sex with taxi drivers acharya Bhavananda. So we cannot worship Jesus, we cannot worship Srila Prabhupada, we need to worship an illicit sex with men, women and children (and taxi drivers) guru program? So the only good news is, these people do not worship sex with goats?

Hanuman also says worship of Srila Prabhupada is a "zombie guru program." Wow! So worship of pure devotees is worship of the "living dead," but they have a handful of molester messiah project members for us to worship instead! Swell! 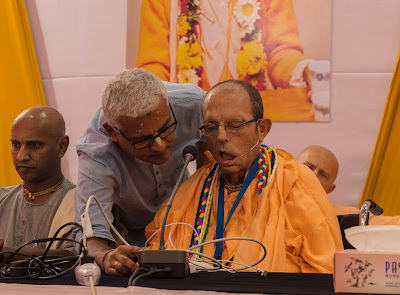 Did we forget to mention, Bhakti Vikas swami program is killing their God brothers by advising them to absorb sins and make pretend they are another Jesus? And Bhakti Vikas Swami followers like Ajit / Torben / Hanuman Croatia say, we need to expand this process? We need more of this?

Why do these people like the GBC / Rocana / Hanuman / Ajit Krishna / Torben etc. always go back to saying, we need to work with the (illicit sex) living guru program, which Prahladananda says below is pretty much a chaotic hot mess, and not a bona fide process for a religion?

And why is Hanuman Croatia claiming to be a "reformer," while simultaneously promoting the key leaders of the "sex with taxi drivers in the holy dham" guru parampara? And is this not an example of what Prahladananda is saying below, they do not fix things properly, because its a dysfunctional imbroglio.

Instead of fixing problems -- like the Bhavananda sex with taxi drivers guru process -- they INSTEAD reinstated Bhavananda and voted in -- Bhakti Vikas swami. Instead of fixing the problem of false gurus, they voted in more false gurus! So Bhakti Vikas Swami is voted in when sex with taxi drivers is recoronated and reinstated as the acharya, and Hanuman thinks his illicit sex messiah's program is bona fide?

And his sex with taxi driver's guru program -- will make ISKCON great again?

Did we forget to mention that the Bhavananda program was mass molesting children, and now Hanuman has become the biggest defender of this parampara -- which we had sued for $400,000,000 for child abuse? This is the program we need to uphold? So Hanuman worships a program which orchestrates mass abuse of children, as his messiahs? And this is the way forward, to worship Bhakti Vikas Swami, Jayapataka's right hand man, and Bhavananda's bucket boy?

This is the Bhakti Vikas guru process we STILL need to follow now? And we have to worship this process as our acharyas, we cannot worship Jesus or Prabhupada instead?

I personally saw one of the fallen GBC acharyas eating a chicken salad at a health food store. Wow! The GBC / Rocana / Hanuman guru process has  promoted worship of even a meat eating guru in its parampara. Why do they think we need to worship a chicken salad acharya's sampradaya? Anyway, this is good, even they admit, their living guru process is -- a failure. Meanwhile our process is "living" and moving ahead on many fronts. ys pd] 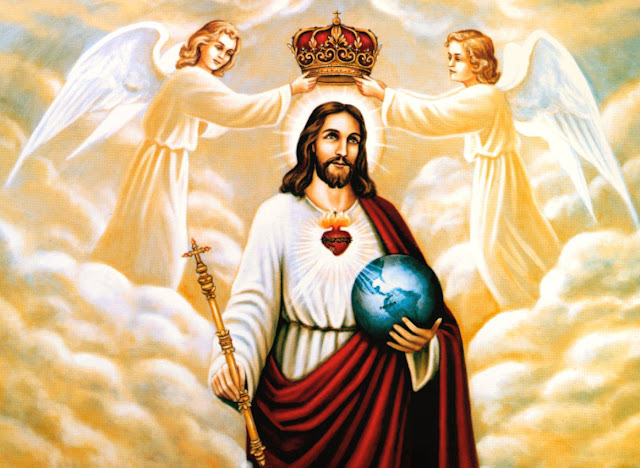 We cannot worship the post samadhi, posthumous, and post mortem gurus like Jesus and Prabhupada? WHAT! People worship "departed" pure devotees, indeed pure devotees who existed thousands or even millions of years ago, all the time, throughout ALL the Vedic culture!

"You should always pray to His Divine Grace (Srila Bhaktisiddhanta Saraswati) because naturally He will be more affectionate to you than to me. Generally one is more affectionate to the grandchildren than to the children directly. So I am sure that my Guru Maharaja will be easily inclined to your prayers than that of mine. You will do good always by offering your prayers to His Divine Grace Bhaktisiddhanta Goswami Maharaja."


(Duties of GBC and Guru in ISKCON, Prahladananda Swami, 2006)

"Unfortunately, since the departure of Srila Prabhupada, the GBC Body has not maintained his clear authority structure. […]

In the absence of a GBC Body that clearly represents the desires of Srila Prabhupada to preach Krsna consciousness as a unified movement, the Society remains together more on the basis of a loose confederation of initiating gurus and independent local leaders, rather than as a unified movement of surrendered servants."

"Such an uttama-adhikari Vaisnava is in perfect touch with the Supersoul and at every moment knows the Supreme Lord's desires. [...]

No one so far has been seen in that category."

"But as with the Gaudiya-Matha, just after His Divine Grace's disappearance, leading disciples disobeyed the orders of the Founder Acarya to work cooperatively under the GBC Body and, although the GBC Body met yearly, each initiating guru virtually occupied the position of an Acarya in his zone. These diksa gurus divided the world into 11 zonal Acarya regions and disunited the mission. […]

The imitation of uttama-adhikaris by these neophyte devotees undoubtedly led to their fall-downs and many subsequent problems in ISKCON."

"The main problem is that the GBC Body is supposed to supervise ISKCON and they are not doing this service adequately. Therefore, many leaders are not acting strictly according to the directions of his Divine Grace."

"Presently the GBC Body lacks authority. Some of its leading members are initiating gurus who do not want to surrender their high degree of autonomy in the Society. Some leaders in ISKCON cooperate with the Society only as long as they can retain their own autonomy. [...]

If the GBC Body is to regain its authority, its members must become a disciplined body of devotees who are clearly selfless and enlightened in their dedication to Srila Prabhupada's mission."

"The last snare of maya is to think oneself God, or even God's pure representative, worthy to be worshiped and served by others. [...] It is an attachment that is difficult to give up."

"ISKCON sometimes takes pride in accomplishments that prove to be only temporary. […]

For example, in the former Eastern Block nations, in the absence of a strong Krsna conscious leader, a pattern is sometimes visible. After the demise of the Communist system, many people became interested in the process of Krsna consciousness and joined the temples. This resulted in a large force of preachers and a surge in book distribution. However, after some time the devotees married and had children, and then preaching and book distribution diminished […]

"Srila Prabhupada clearly established ISKCON's system of management with Temple Presidents, Secretaries, and Treasurers, under the supervision of a GBC representative and ultimately the GBC Body. He gave no managerial position to the initiating gurus within ISKCON."