[Oh no, BVKS is telling people to read Srila Prabhupada's book, while he is holding Jayadvaita's book! Yikes! ys pd]

[PADA: Bhakti vikas swami is voted in as guru at the 1986 recoronation of the GBC's sex with taxi drivers guru parampara, which is being rejected wholesale by Western cultures. And thus his ISKCON temples are empty in the West. Now he says the reason these temples are empty is because these Westerners are not able to apply Krishna consciousness to their society. OK BVKS thinks worship of his sex with taxi drivers guru sabhas is Krishna consciousness, but its not!

Bhakti Vikas swami wants the people of the West to worship his illicit sex with men, women and children messiahs program, which will never be accepted in the West because yes, they know that worship of a pure devotee like Jesus is the standard for worshiping the guru. Why is BVKS attacking Westerners as defective because they do not worship his illicit sex guru's program? The Westerners are defective, because they worship pure devotees and not BVKS illicit sex guru program?

Worse, BVKS says ISKCON women should shut up and not protest when he tells them to worship his illicit sex guru's programs. Yep, women are smarter than him, they do not want to worship BVKS illicit sex guru sabha, so he tries to repress them.

Western culture is bogus -- because they worship Jesus and not illicit sex? This is also an attack on Jesus. BVKS is saying worship of Jesus is inferior to worship of his illicit sex messiahs project. 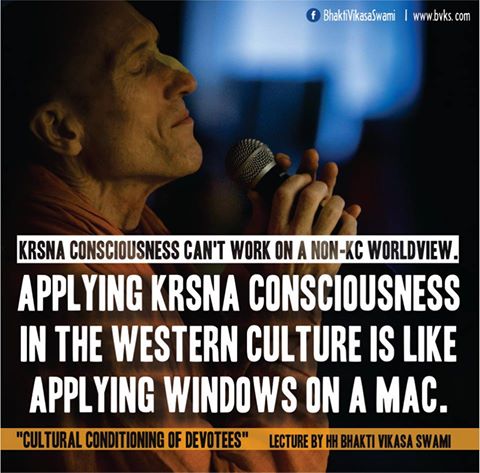