BBT: We have had confirmation that the BBT of India has confiscated the original edition books printed by Prabhupadanuga affiliates. Apparently the GBC wants these devotees to pay some kind of a "fee" to the GBC for the "right" to print these books, so it's kind of a blackmail process. Our folks have to pay extra fees for the books, apparently these particular books will not be destroyed, ISKCON will take these books, but we're not sure how they will be distributed or if they will be distributed. And its also not clear how things will proceed from here.

So it looks like the book changers are using all kinds of legal tricks to maintain the distribution of their changed up books by harassing if not, not allowing the printing of originals. The only good news is, this is simply infuriating more and more of Krishna's devotees who are all now simultaneously cursing at all of these GBC leaders!

One devotee told us, when will all of them just get sick, fall down or just die already, and go to the lowest planets where they belong? Its amazing to us how the GBC simply makes more and more and more enemies every single day. Blocking the printing of Srila Prabhupada's books is the most sinful activity there is, said another devotee. We are supposed to give these books to the conditioned souls to save them, and the GBC is against that process. Well no kidding, that is what we said about them all along, they are trying to diminish the movement.

Krishna says one who has the blessings of the Vaishnavas has His blessings, and the person who has the curses of the Vaishnavas -- will be cursed by Krishna and His agents as well, because Krishna fulfills the desires of His devotees. As Srila Prabhupada says, false gurus are never forgiven by the Lord nor any agents of the Lord. So if you have many sincere Krishna devotees hoping that your party will die and go to hell, and Krishna is the person who fulfills the desires of the devotees, then what?

RUPANUGA DASA:  The next problem is with Rupanuga, he now says formal initiation is no longer required. Don't even worry about it! Everybody should accept that Srila Prabhupada is the the SHIKSHA guru of ISKCON, and now we do not need to worry about for example, having trained up Brahmanas to conduct deity worship, there won't be any more trained up Brahmanas, because the whole process of initiating stops.

We no longer require initiated persons to conduct the deity program -- at all? Yep! No one needs to be initiated to do the function of deity pooja anymore! Srila Prabhupada installed all of these deities, with the idea that the Brahmanas who worshiped them would all die off and there would be no one to replace them? What happens then, we put all the deities into boxes and warehouse storage?

I'm not sure where Srila Prabhupada said that the deity worship should no longer be conducted after he departs, or that it no longer requires trained up initiated Brahmanas to conduct the program? Rather, this seems like another eccentric concoction from these people. Worse, this makes it sound like Rupanuga really wants Krishna's worship to be STOPPED entirely. We will no longer have His worship or pooja going on? Where is this ordered?

First of all, Rupanuga said we need to take initiation from his 11 conditioned souls acharyas, like Kirtanananda swami. And Rupanuga adamantly supported the idea that these conditions souls can act as another Jesus - like sin absorbing Messiah. Did we forget to mention, that concocted scheme didn't seem to work out very well for Rupanuga and his pals?

And so now he's sour grapes, lets end all diksha, and he is changing his tune, by saying there is no need for any formal initiation process at all. So now, there is not going to be any source of "divyam jnanam which destroys sins" (diksha) in ISKCON. Then, how can people make progress, if there is no source of divyam jnanam which destroys their sins (diksha)? Never mind, we won't even have deity pooja going on anymore either, because we will chop off the whole process of initiating poojaris? And who will cook for the deity if there are no initiated people to do that? Krishna has to starve now?

Srila Prabhupada says that Jesus is accepting the sins of his followers even now, but Rupanuga says -- there's no need for people to have their sins absolved anymore. They'll just keep their sins, and, stay here in the material world? So it seems like Rupanuga simply wants to keep the mass of people stuck here, trapped here in the meshes of suffering, death and MAYA, with no escape plan.

Look at any religion, they have a path to get knowledge (di -- divyam jnanam) to destroy the sins (ksha) for their followers. How can anyone approach God unless they are getting knowledge which destroys their sins? Rupanuga is making no sense at all, he has changed up the entire Vedic process.

The ACTUAL process for today, and forever actually, is to get knowledge which destroys sins. That is how we approach this issue, it cannot be changed. Worse, the next problem with Rupanuga is that he defies another of Srila Prabhupada's direct instructions, Srila Prabhupada says that neophytes CANNOT absorb sins like Jesus, but Rupanuga encouraged all sorts of his God brothers to take the post of diksha gurus and to ABSORB sins left, right and center.

A diksha guru has to be as qualified as Jesus, to absorb these sins. Rupanuga has never explained how or where Srila Prabhupada made this proclamation, that henceforward, neophytes could absorbs sins just like Jesus? When was this order given?

In fact, Srila Prabhupada said the exact opposite! He said that when we neophytes act as diksha gurus and absorb sins, we will be overwhelmed by these sins,  and because of that, these neophytes will eventually fail, they will fall down, get sick or both, and of course if a person gets sick enough he DIES. 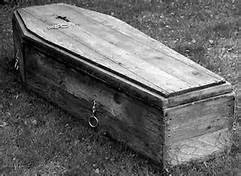 Rupanuga's plan to save his God brothers, and the world?

We find no indication that Rupanuga can substantiate his claim that our neophytes can absorb sins like Jesus? This "order" was never made by Srila Prabhupada. Isn't Rupanuga's encouraging neophytes to absorb sins killing his God brothers both spiritually and even materially?

Sorry! We only find evidence of the opposite instruction, that it is not feasible nor possible for neophytes to take up other's sins and dispose of them. Rather, they are going to fall down, get sick and / or DIE, it then seems like Rupanuga is harming if not KILLING his God brothers by telling them they are as qualified as Jesus. This is then causing these brothers to fail, if not die.

Now in the Christian religion they claim that their source of spiritual knowledge and the source of having one's sins washed away or absorbed is Jesus. Rupanuga says that in ISKCON we have no such source of this function, that's it, its all over now. The only good news is that he is admitting that his previous directive of telling neophyte people to take sins and act as diksha gurus was a BAD IDEA, and he has caused many people to get sick, fall down if not DIE, by encouraging them on the WRONG path.

When is Rupanuga just going to admit, his ideas are bogus and harmful?

DRAVIDA DASA: was lecturing recently in March 2017, saying the guru prayers (samsara dava) which are sung in the Temples apply somewhat to the GBC's gurus -- simultaneously -- those same prayers apply ALSO to Srila Prabhupada. Except, the part of the prayer where it says the guru is assisting the gopies -- nikunja yuno -- this part of the prayer probably does not apply to the GBC's gurus. Very confusing?

We are singing a prayer that applies to both conditioned souls and pure devotees -- at the same time? Then we wonder why people are confused? This is like saying the word "gold" applies to both tin cans and solid gold rings at the same time? Of course Jayadvaita is Dravida's best friend and he simply says the Dravida guru parampara is full of illicit sex with men, women and children. Apparently, only sex with goats is prohibited in their messiahs from heaven process?

So he is saying the samsara song has multiple layers applied to multiple levels of people. Again, this was never stated by Srila Prabhupada. He never said that the samsara prayers to the guru would apply to both conditioned souls and neophytes simultaneously, rather these prayers would only apply to the direct assistants of the gopis. Then again, why are we offering bhogha to these conditioned souls? We have to offer bhogha to Dravida's illicit sex with men, women and children programs?

It seems to us that these guys are making all this up as they go along. Of course Rupanuga also does not explain who the bhogha should be offered to either? At least he is now saying his idea of offering bhogha to debauchees is probably not so good an idea.

So the guru is assisting gopis, except when he is suspended, censured, or removed by the GBC? This is not what Srila Prabhupada said in any of his lectures, books or in any of his directives anywhere. They are making all this up. The guru is absorbing sins like Jesus, and he is becoming overwhelmed by these sins, then he is falling down and getting sick, and maybe he dies, because that's what happens to liberated souls?

So its misdirecting people about what is liberated soul what is not? Worse, if we look at the video in the Los Angeles Temple, we notice the room is almost empty. What happened to all of the people? That room used to be packed out with hundreds of people, standing room only, when the pure devotee was being worshiped. Now that the worship tradition has been changed to worship of conditioned souls, the place looks like a ghost town.

So that is the difference between worshiping a pure devotee and worshiping an impure person -- it's not attracting a lot of people and never will.

SATSVARUPA DAS GOSWAMI: Yet another person has wrote to ask me about Satsvarupa Das Goswami and why he often writes that it's not a good idea for neophytes to chant in a solitary place, and yet he is often chanting in a solitary place? And he was staying at Howard Johnson Motels to the point he became known as "the hojo swami."

This begs the question, why has he isolated himself from the society and the programs of the society? Why was he living in Howard Johnson motels? Why does he live on an isolated place in Ireland where he writes he is walking down the beach kicking dead sea gulls? Where was he instructed to conduct this isolated lifestyle?

He says he's living a very isolated lifestyle and he's watching television. That means he's fallen away from the standard of devotional service. And where is the GBC when it comes to monitoring their hojo swamis? So recently, a guru admits to his friend that the reason he preaches in remote areas is, he wants to avoid the kerfluffle of all the problems being created by the GBC, so he stays in isolated areas on purpose to avoid all these controversies. So they are not only not solving their isolation problem, they are isolating themselves even more. That is good news, it means we have got them on the run! ys pd