Kanistha guru is not a good idea

It seems like a lot of people tend to forget that in January of 1977, Srila Prabhupada was saying that his followers are not fit for sannyasa, so he said basically — suspended sannyasa, and get them married. He also said they are not following the basic brahmana standards, which he said is kanistha adhikary. All this discussion of kanistha guru is a little silly when he said they are not even following basic kanistha / barahmana platform. Never mind Madhyama platform, which is brahma nistha, giving up all bad habits and anarthas and etc. This guru talk is all quite premature, we are barely producing basic kanisthas at this point. He also said when kanisthas allow others to touch their feet, they are acting as gurus and they will fall down, get sick, or both, which is why we have and epidemic of both in contemporary iskcon. ys pd 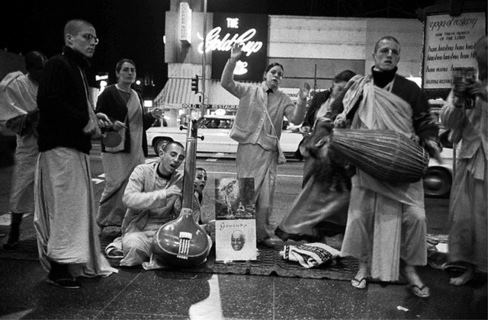 Good ole days, I was also there with the devotees on Sunset Blvd Los Angeles (Vishnujana seated, Madhuvisa with drum). ys PD