Dear ******** devi dasi, Yes prabhu you are correct, people like Brahmananda Puri das and Uttama Sloka prabhus have erased and censured Srila Prabhupada's statements. No reason for us to be amazed? Why? The GBC gurus do this every day, they block us, and they block and censure Srila Prabhupada's statements, they even sue us for citing him, this happens all the time, so they are with that group.

I also like your idea, they have made a Soviet Era blockade on his statements, and made a Berlin wall so nobody can hear him. Hah hah, quite correct. Yes, why listen to Srila Prabhupada when we can listen to the Gaudiya Matha folks -- who endorsed deviants as their messiahs, and then they endorsed the bogus GBC as ISKCON's messiahs, and in that way they lead everything to the gates of Patala loka?

Yes, this is what happens all the time.

Why are people doing that you ask? Well a lot of these people were the same "goody two shoes" folks who allowed all the corruption to go on in ISKCON without their protesting in the first place. Worse, many of them got into the Gaudiya Matha's program that was supporting these bogus gurus, and they criticized us because we did not support their worship of deviant "acharyas" process.

Then, many of them started to adopt the Gaudiya Matha's ideas, such as: That gurus are appointed, that gurus fall down, that the jiva is not from Krishna lila (we are from who the heck knows where) etc. So its actually their karma of going along to get along, now they have lost their way with the entire siddhanta. Its unfortunate, yes you are correct, someone who censures his own guru is not a disciple of that guru, he is a renegade from the sampradaya.

Srila Prabhupada mentions this, he says there are many renegades posing as Vaishnavas. The first symptom of a renegade, he censures his guru's statements and replaces them with all kinds of nonsense statements. That is what happened to the Gaudiya Matha in 1936. I also thank you for your support prabhu, anyway I am sorry you are shocked that so many people would erase the statements of their own guru, but this is Kali Yuga, it is what it is.

I am also glad you have faith in the statement from Srila Prabhupada that we were once with Krishna, this is the symptom of a bona fide devotee. The cobbler believed such statements, so he was going back to God. The bogus brahmana did not, so he was going to have to wait many lifetimes to go back. That is really all it takes, have faith in the words of the acharya. And since you have that required faith, your path is open to go back to Krishna very soon. Jayate. ys pd 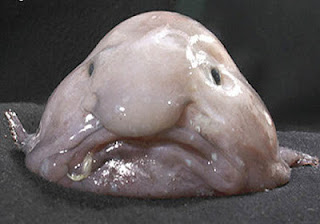 Was previously "voted in" as an acharya.