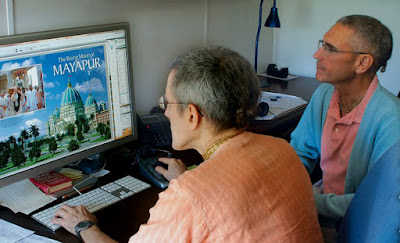 The Rising Moon of the Debauchee Acharya's Program

[PADA: There appears to be unlimted medical treatment funds for the top echelon ISKCON "gurus," not so much money left for the little peons? The peons have to raise funds independently for their treatments?

Yep! The "Back To Godhead" magazine was supposed to be the backbone of ISKCON, but it has instead become the backbone of the debauchee and sexual predator "acharya's" process. It became a vehicle to advertise all sorts of crack pot acharyas over the years, and still is the main propaganda machine for the bogus GBC's and their false guru's program.

Just the other day we were discussing some of these points with a small group of folks, and we read the "Sri Isopanisad" quotes about how bogus gurus go to the most obnoxious regions, and so do the people who follow / support / enable their process. It seems to us at PADA that a lot of these bogus gurus suffer fall downs, illness and premature deaths, and so have a lot of their advocates / supporters / enablers / hangers on / writers etc.

Unfortunately, the Isopanisad says false gurus and their supporters are better off not to have even heard of the Vedas, because they are going to go down worse destination than the ordinary person. Yep! Even the ordinary guy on the street will have a better future life, says shastra.

This explains also why mostly the average guy in the street could figure out that this post-1978 "appointed guru" process is bogus, almost right out of the gate in the early 1980s, while many / most of the "devotees" didn't. In sum! Following the Veda Vada Rata bogus guru process of making false acharyas helps even -- somewhat sincere -- devotees devolve to a less than average "karmi" mundane citizen person status, at least that is what shastra says.

In another discussion with a devotee from Ireland we were talking about how the GBC's guru program is out there containing "illicit sex with men, women and children." Apparently, their messiahs from heaven program are considered as spiritually perfected advanced "God's guru successors" beings, because they are not having affairs with goats? They may be having affairs with everything else that moves in the house? 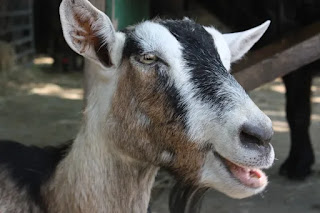 Anyway we hope Yamaraja will explain some of this to the countless folks he confused before he departs. And we factually hope the best for Yamaraja dasa at this point, good luck and God speed! ys pd 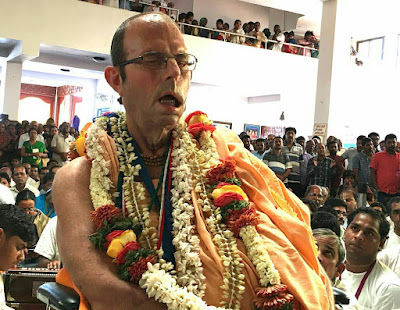 Yamaraja's program has also encouraged folks like Jayapataka to make pretend they are another Jesus; i.e. they can be diksha gurus who will absorb sins like Jesus is doing. How is that program working out for these folks? You means no one notices something is amiss here? If a person is not pure and he cannot burn off all these sins and karma, he TAKES IT WITH HIM into the next life. Why are they encouraging a program that leads people straight to hell in a hand basket?