Bhakta Torben Nielsen on "Playing the Role" of Guru (Denmark)

I am not functioning as a spiritual master on my own right.

I am actually functioning as a part of ISKCON's structure.

Just as ISKCON, in the temple we need temple presidents and GBCs and so forth, similarly in ISKCON the initiating spiritual master is a role that we are playing."

[PADA: Right. the program of Bhakta Torben and his GBC pals like Rocana are more or less (or sometimes actually) saying that the GBC's gurus are "playing the role of a diksha guru," "doing the service of diksha guru," "accepting the post of initiating guru," and so forth -- as if being a guru is something like "doing the job" or "taking the post" of being the janitor in an office building. Yes, as a matter of fact, I am not really the next messiah of the jagat, but hey, its a good job for me, and it pays well!

What? Yes, as a matter of fact, I am -- doing the job -- of being another Jesus. Wait a minute! So being another Jesus is something one "plays a role" of doing? Why does Torben's program think people can "play act" at being another Jesus? You mean to say that the play actor in the theatre who is acting in the role of Jesus, is actually able to perform the function of Jesus and absorb the sins of others?

It seems these people cannot separate people who "play act" as Krishna in the Ramananda Sagar Krishna movies, and the actual Krishna? How can someone "play act" as Jesus or Krishna in the first place, and actually take seriously that they can perform the function of either? Sorry, you'd need to be actually on the level of Jesus or Krishna to perform their functions in reality, you cannot "play act" as these entities like some sort of drama stage play on Broadway. Of course the Bellevue mental home is full of people who think they are taking the role of Jesus, Napoleon, Hitler and so on.

Torben also informed me that "all of the disciples of Srila Prabhupada can (play?) act as diksha gurus." Umm, nope, Srila Prabhupada said NONE of us can act as diksha gurus and take other's sins -- or we will get sick, fall down and fail, from taking said sins. Of course this could also be the real plan of these people, lets make all of the Prabhupada disciples get sick, fall down and die. Pretty good plan! Its working!

So their whole idea reminds me of our neighbor's little kid's party here a few months ago, they had a big party for mostly little girls, many of whom were dressed like the princess from the movie "Frozen," and other assorted Disney princess' were there, and there was even a few princes in the mix, or maybe some of them were kings.

Yep, dress like a princess and you are one!

The kids were all running around, and then jumping into a few inflatable giant child tumbling "castles." So this is the sum and substance of the Rocana, GBC, Torben, Gaudiya Matha, Sridhara Maharaja et al. program, you really do not need to be another Jesus, you can simply go to a Frozen princess party, and dress like Jesus and "make pretend" you are him, and claim to take sins from others. Or as Sridhara Maharaja said "just wear the uniform of the acharya," and you are one.

How is that working out for you guys by the way? Their whole guru tattva platform rests on the idea, OK same ideas as a kids Frozen princess party, you "take the role" of the princess, and you are one? And that is why Srila Prabhupada said the whole Gaudiya Matha guru's program is simply summed up as, taking the dress of acharya without having the qualifications of acharya. Same deviation is being repeated.

Oddly, after the GBC, Rocana and Torben folks rubber stamp their foolish "another Jesus," then they complain their bogus Jesus are "not accountable and transparent." Well duh, a person like Jesus does not need to listen to conditioned souls like you guys, he is in direct communion with God. Torben and Rocana have made giant web sites complaining that their bogus Jesus are deviating, ummm, well maybe you guys made a mistake rubber stamping these people as the next Jesus in the first place?

Of course God, and ooops Rocana and Torben, dictate to the acharya.

Ok that means, Torben thinks God is an idiot because God does not know how to dictate to His acharyas, so Rocana and Torben have to "take the role" of God and dictate to their bogus rubber stamped acharyas. Ummm, maybe you guys should not have rubber stamped all these bogus Jesus in the first place, and created all these Frankenstein monsters you can no longer control? 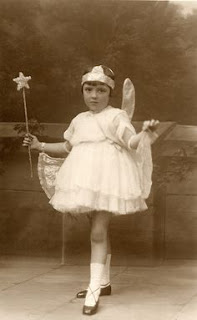 Dress like a princess, and you are one! Wow! Who knew that was the secret!