Lets face it, the GBC is going more towards yoga classes, Hindu compromise, wedding halls, car poojas, preaching Vegan-ism, and so on, to make money. Its a business. And New-age-ism is a huge business, so they are tapping into it. However, its watering down the siddhanta of the Krishna religion. Yup! ys pd] 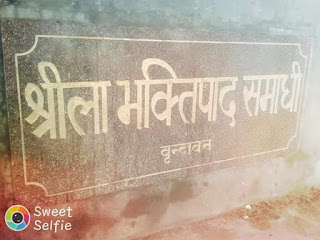