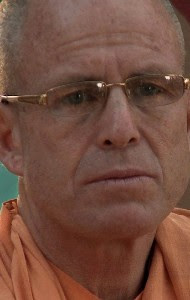 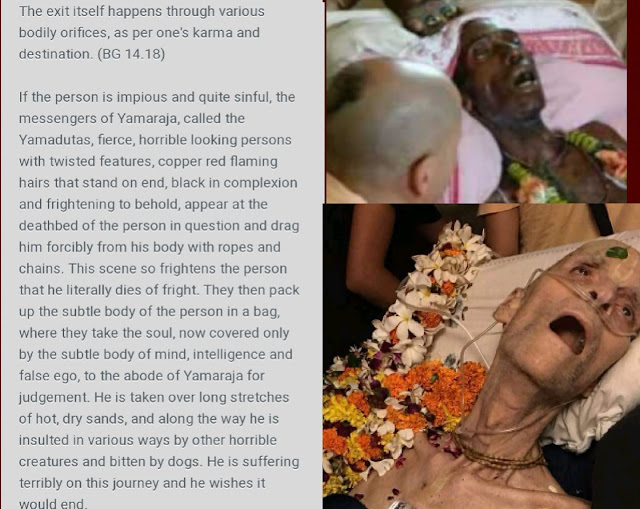 [PADA: Note, a number of devotees have commented that: Jayatirtha's head being decapitated; Tamal's going through a car window and being nearly decapitated; Kirtanananda's head being whacked with rebar; Jayapataka's neck sliced with an almost deadly cut in a murder attempt; Satsvarupa and others constant headaches; Kadamba's cancer; Bhakti Tirtha's cancer death; Gaura Govinda Maharaja and Suhotra's apparently strange deaths in Mayapura; and a number of other premature deaths of GBC's gurus, means -- these are inauspicious lives and inauspicious deaths.

More than a few people have also said to PADA that Gunagrahi's departure looked very "spooky" "weird" "looked like a dark presence (the Yamaduttas) were on the scene" and "made me have nightmares" and so on. In any event, we can always fall back to reliance on shastra, the false acharyas are destined for the most obnoxious regions. Therefore, for sure they will encounter the Yamaduttas. Another devotee wrote to PADA, the GBC giving a samadhi to Gunagrahi is "the last straw," he is rejecting them for good.

One more devotee wrote to tell PADA, "That's it, I was watching pornograhpy once in a while, but I will not ever do it again. Ever! I do not want to be doing ANYTHING Gunagrahi swami was doing. Gunagrahi looks to me like he is seeing the Yamaduttas, and I want to avoid having that happen to me.


8.30am - Bathing and dressing at the Bhaktivedanta Swami Hospice.
9.00am - Leave to Krsna Balarama Mandir by kirtan procession for darshan of
Srila Prabhupada and the Deities.
10.00am - Leave by kirtan procession to the Bhaktivedanta Swami Hospice.
Godbrothers present were BB Govinda Swami, Radhanath Swami, Rtadhvaja Swami, Bhurijana Prabhu, Deena Bandhu Prabhu, Pancagauda Prabhu
More details from HH BB Govinda Swami below:
HH Gunagrahi Goswami Maharaja, my very oldest devotee friend, the munificent kind soul who made me a devotee, passed away this morning just before 4 AM. He was surrounded by loving godbrothers and devotees, singing the holy names loudly and in ecstasy. He had been unconscious since the afternoon .. but when the end was eminent I was screaming the mahamantra into his ear and each time he would respond.

He was such a kind loving devotee. A radiant star has stopped shining in this world .. but now glows brilliantly in Goloka Vrindavan. All glories to my beloved god brother and friend of 47 years. Tonight he conquered his cancer .. and now has a sat cit ananda form and life in the groves of Vrindavan, with Radhe Shyam and all their myriad friends. Maharaja, you took me off the street and gave me a life at 132 Bidwell Parkway in Buffalo, NY. I am ever thankful ... and I forever love you. If I ever make it back to godhead I'll know how to spot you ..

You'll be the only resident of Golokdham with a Conga Drum. I love you, and miss you, and am thankful that you kept our deal and waited till I returned from the USA to be with you in your last pastime down here. My love is ever with you .. please, be kind .. pull some strings and make some arrangements so that I may be reunited with you in Goloka Vrindavan. Hare Krishna, with tears of joy and sorrow,

[PADA: Fine except that does not change the fact that shastra says, false gurus are destined for the most obnoxious regions. And people like BB Govinda are guilty of encouraging his fellow neophytes to absorb sins as diksha gurus, which is causing them to fall down, get sick, and die, as we see happening to these neophyte gurus left, right and center.

Why does BB Govinda swami encourage his "friends" to think they are diksha gurus, equals to Jesus, and thus they can absorb sins -- like Jesus? Is that any way to help a friend, lets give our alcoholic friend a bottle of Vodka for Christmas, to fuel his problems?
Srila Prabhupada said if we neophytes take sins we will have to suffer, and furthermore -- we neophytes cannot even allow people to touch our feet, never mind take the formal post of diksha guru where we will be taking sins in vast amounts. Therefore we cannot be diksha gurus, because we will be over whelmed by taking sins, and these people are being over whelmed by taking sins.

Srila Prabhupada says that taking sins will cause the neophytes to get sick, fall down or both. Thus in addition to getting sick from taking sins, they are falling down left, right and center -- because they are not qualified to take sins.
Sorry, a guru is not falling down, unless he is unqualified for the post. 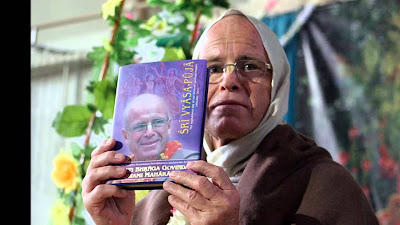 Bhakti Bhringa Govinda Swami joined the Krishna consciousness movement in Buffalo, NY in 1971 and received initiation from Srila Prabhupada later that year. He served as cook and pujari in ISKCON centers in Buffalo and Toronto until leaving for Vrindavan in 1977 and from 1979 until 1987 served in ISKCON temples in Greece, Israel, Italy and France. Bhakti Bhringa Govinda Swami returned to Vrindavan In 1987 and while there established the Food For Life program. He has been an initiating spiritual master since 1992 and received sannyasa initiation in 1993.

A defining moment in his Krishna consciousness was a conversation he witnessed between Srila Prabhupada and his godbrother Srila Akinchana Krishna Dasa Babaji Maharaja in October 1977. During that exchange Srila Prabhupada repeatedly quoted Srila Narottama Dasa Thakura:

“This is my desire: that birth after birth I may live with those devotees who serve the lotus feet of the six Goswamis.”

Bhakti Bhringa Govinda Swami felt that Srila Prabhupada was revealing an integral reason for his spreading of Krishna consciousness: his deep spirit of love and service for Krishna’s devotees.

Bhakti Bhringa Govinda Swami travels to join devotees in the congregational chanting of Krishna’s names. He is known for his lively chanting and his ability to include all to participate. In 2000 he became a GBC member and is currently zonal secretary for Volga Region CIS, Iraj, Lebanon and Syria. He is also co-zonal secretary for Mauritius, Kazakhstan, Kyrgyzstan, Tajikistan, Turkmenistan and Uzbekistan.
Posted by krishna1008 at 6:39 PM