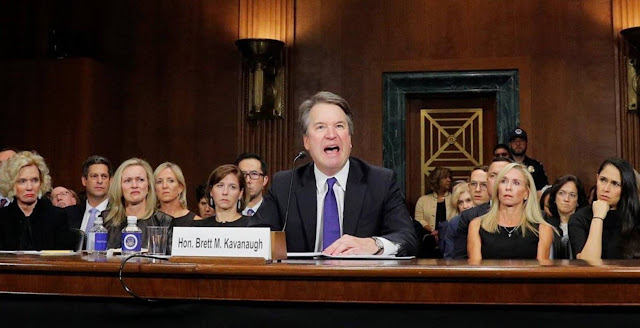 PADA: Had quite a long phone conversation with an ex-ISKCON lady who was comparing the "ISKCON Governing Body Commission" leaders to the current U.S.A. Judge confirmation imbroglio. She said, just like this photo above, ISKCON women were crying to the leaders and GBC's folks, and the leaders acted like they were very concerned. Maybe they were not really so concerned?

Yep. Then it seems, the ISKCON GBC folks went into the back room and were laughing and high fiving each other as if there was no problem. She said she has seen a similar pattern between the ISKCON GBC and the mundane politicians. The women are crying, they are pleading, but is anyone listening? And when these women (or PADA) come out and complain about certain events, then we are "trying to tear down the establishment" and so on and so forth, the issues become a little bit difficult to understand because of various vested interests in keeping "the status quo."

Of course, there are some good people in ISKCON, and there are some good political people and judges and so on, but they are often overwhelmed by / juxtaposed with / the rotten apples -- which makes it harder for the good people to make changes as well. She also said that among the main complaints against the GBC's leaders -- and some of the government's leaders -- are from the same root issues, i.e. acquiescing, allowing others, or allowing themselves -- to act with improper sexual exploiting of others.

I think this is why Srila Prabhupada says -- sex desires form the main building blocks of our jail cells keeping us in the material world. And that holds true in politics, religion, and many other important areas of human society. Many a big priest, bishop, cleric, corporate boss, swami, yogi or whatever it is -- has fallen prey to unwanted mundane sex attraction. And that is why -- recently -- more women have been going after these folks, whether from their church, their bosses, and / or other exploiters with their "Me Too" movement.

This devotee also said, the looks on these women's faces (photo above) are the same looks her female companions have been having in ISKCON, i.e. they have been mortified, depressed, crying, upset, and felt as is their situation was being marginalized. Meanwhile, as women's voices were being placed into the back burner of the list of ISKCON GBC's priorities, it seems the GBC folks have been showing a lot of sympathy for deviants, molesters, sexual predators and so on.

Has the Christian conservative's movement in the USA gone into having a lot of sympathy for "loose characters" in general as their leaders or representatives? This judge may not be among the bad applies for certain, that continues to be investigated, but it does seem to be a trend of "sympathy for the fallen types" in their program?

And whether the current Judge being confirmed now has has had problems with certain women in the past or not, certainly there is the perception that he has had a few highly unfavorable run-ins with at least some of them. The problem -- the devotee lady said to us -- is that there seems to be a sort of good ole boys / frat boy / boys will be boys / mentality going on with at least a certain sector of men, both in the material and so-called spiritual societies.

She says that its a relief to her that the FBI will look into this court appointment matter more closely, but who is going to look into the shenanigans of the GBC's leaders? She says that is the main problem, there are no checks and balances with the GBC's types. Anyway, she said that in the material society it seems like more and more people are really stepping up now to combat exploiters, and ISKCON needs to do the same thing. She says -- we need to have a parallel "Me Too" movement. Well lets see! ys pd 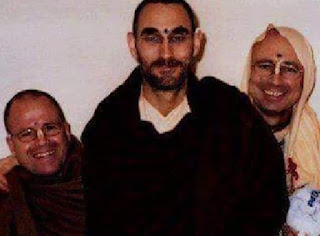 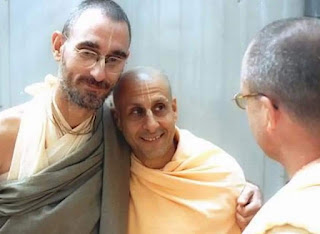 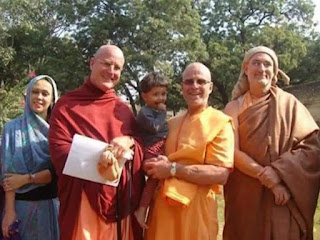 She says, we need more of this (video below) also going on in ISKCON. Maybe she is right? ys pd