PADA: Right, we should mainly focus on just moving ahead, and having newer people accept Srila Prabhupada as their guru, i.e. make new disciples for him. And we are doing that all over the place. Why should we care only about the older ones, most of whom are perpetually removed from the whole scene anyway, and a lot of them are now gone (left their bodies), and many more of them are now blooped out, watching football, old, sick and dying off etc.? These "ISKCON elders" folks are not the main thing we need to focus on right now. They are for the most part, not going to help us go forward. There are a few who are helpful, and of course they are appreciated.

However, not many of these older folks showed up for Rathayatra this year either, so they are a dwindling issue. When I moved to Berkeley in 1984 there was only three “Prabhupada originals” there: One was gay; One was a bank robber — who was eventually arrested in West Virginia for bank robbery; And the only other one was, Hansadutta. I did not wait for the “older devotees” to help me, there were hardly any there anyway, and the few who were there — were not too helpful. I had to move on, and so should the rest of us.

So I started to work with the newer people there, and many of those newer people have subsequently gone on to make more Prabhupadanugas (and they still are preaching today). And many of them still thank me today for helping them -- all that long time ago. In sum — they have moved ahead with making their friends and families into NEW Srila Prabhupada devotees, they are not waiting for the "older ones" to magically revive, although some of them have.

OK agreed, if we can get some of the older people to help, that is great, but why bother wasting so much time trying to fix them? Go out and do something independent, that is the best idea. Srila Prabhupada also did not wait for his Gaudiya Matha brothers to revive, he himself pretty much said — its like beating a dead horse to work with the Gaudiya Matha brothers, its not going to get us anywhere. Move forward, that is what he did, and that is what we did in 1984.

And Srila Prabhupada did not look back, and we should not be looking back now. Hence, make new Prabhupada devotees, and do not worry about the older ones who are fading out anyway, and only a few exceptional "elders" like Krshnacandra are going to help us, the rest is up to the newer generations. Sorry, that’s what it has come to, continued beating of the dead horse of the older generation will not produce anything, ever.

Srila Prabhupada showed us that by his own example, do not beat the dead horse of the older folks in the Gaudiya Matha, move ahead, and move along to fresh ground. Go ahead and preach to new people. We are doing that, and we are making headway. Our friends in the Sunnyvale temple consider the whole ISKCON guru mess to be a waste of time and effort, they are moving ahead by preaching to newer people, and I applaud their idea, and — its working! We also got a recent bonus since the official ISKCON center left San Jose, so that will boost our place. Krishna is helping us here, so apparently He approves of this strategy. ys pd 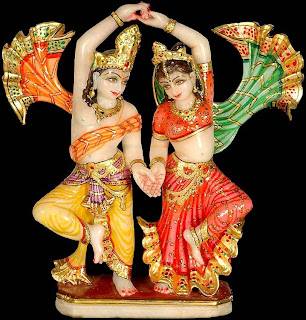