***** Dasi: It’s so painful to see Dhanurdhara Swami walking freely in saffron robes, leading followers through Vrindavan, when a whole generation of boys will never return here, after the life-long trauma he has inflicted upon them. My heart races with frustration and pain to see our entire community continue to support and enable him. This breaks my heart and bhajan every time I encounter him!


***** Das: I wish some real Kshatriyas could and would bring and give the proper Justice!
***** Dasi #2: Trust me girl I feel your pain 1,000%. Many of them continue to be praised as great devotees. Well some of us suffer from anxiety and PTSD. and yet our communities still allow this to go on because they just want to sweep it under the rug. We are the unforgotten generation.
***** Dasi #3: I just saw his page. Indeed he is still worshiped as a pure guru. Nauseating!

***** Das #2: You’re right, it’s not complicated. It’s very simple. Abusing children who cannot protect themselves is wrong. History has shown that ISKCON groups like a child protection office does not get the job done. It’s up to devotees with a voice to make it clear that men like him need to be held accountable and it’s up to parents to think for themselves and be sensitive to their children’s needs before letting them associate with disturbed individuals who harm children. It’s simple. ISKCON should have a zero tolerance policy and protect children.

***** Dasi #3: 2 years ago Brahmatirtha (Bob Cohen) tried to cover up my sexual abuse case that happened in iskcon Alachua when I was about 10. In order to support Lakshmimoni .... yeah and I was ridiculed and he continues to have his leadership position, and walk around freely at my temple with his wife (who was my therapist) and my daughter's too. While I had to find people to testify on my behalf 30 years later.

These people make me sick and I rather have my own Sadhans at my home, then see the caca that goes on. Super heartbreaking.

***** Dasi #2: When I asked for him to pay for my therapy for what him and his wife did to me and my family ..... His answer was, only if she fixes our relationship first. I was like really you son of a b****??? So now I have severe PTSD and anxiety major flashbacks for years of my life. Well, temples get built but there's no money for child therapy or adult therapy.

***** Das #3: We need to file another lawsuit for control of the movement. The last one was a joke.

****** Dasi: I literally need therapy. I’m shaking... Disturbed me so much last year, I had major depression after Vrindavan about this.

[PADA: Yes, we agree with these folks. ISKCON is still promoting many of the leaders of the child abuse webs and nests infrastructure, if not some of the perps and child beaters like Dhanurdar. Its amazing to me that when PADA editor pointed out the child abuse problem over the years, so many people attacked me from both the GBC and rank and file side. We were insulted, harassed, vilified, called sahajiyas, threatened with death, chased with baseball bats, had our friends beaten and assassinated all to protect -- what?

And some other ex-kulis wrote to tell me how sick and disgusting it is to have Kirtanananda worshiped in a samadhi and his henchmen like Radhanath are big leaders now. And all this is part of the process to nullify our protest, but for what good end? And Jayadvaita says Krishna's / ISKCON's gurus are often illicit sex with men, women and children deviants (so what?) and he is worshiped as a big saint all over ISKCON. How does that not traumatize the victims?

Its almost like many folks wanted the abuse to continue and the leaders of the abuse process to be worshiped as gurus and messiahs on purpose. How could so many people not know this is ruining their society's children, ruining ISKCON's family structure, and ruining ISKCON in the process, yet they have been cheer leaders for the evil doers process? The only good news is, at least some of us protested. One young devotee wrote to tell me he is giving up fighting ISKCON leaders because not only the leaders are bad, but most others are compromised with these bogus leaders, its a losing battle, so its hopeless.

Anyway it is hopeless to some extent.

Fortunately, we keep getting new individuals and even small groups of warriors here and there, and we are getting some nice contacts in UK, Russia and a few other places, who are really dedicated to righting the wrongs here. Its very sad that so many children were victimized -- and seeing their victimizers being worshiped is -- re-victimizing the victims. There is clearly a special place in hell for those who uphold this process.

Anyway, if some people still think we are wrong on this issue, they are compromised with the evil doer's process, that's all there is to it. 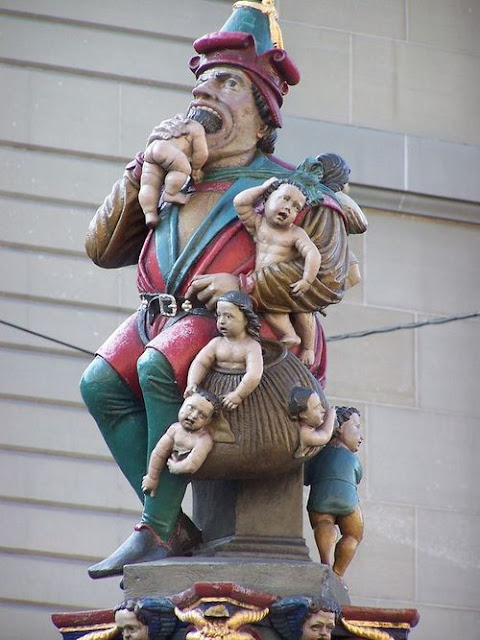